How to plan the perfect proposal

Whether you met on a dating app, you’re childhood sweethearts, or you embarked on a workplace romance… once you’ve both figured out you want to get engaged, and you’ve bought the ring, it’s time to decide how to pop the all-important question.

If you’re wondering how to propose to your significant other, then you’re in luck! In this blog, we’ll take a look at some top proposal tips for trying to keep your cool on the day, as well as a few suggestions on how to create a proposal that’s perfect for your other half, and meaningful for you both!

1. Talk about it beforehand

Ok, so we’re taking a slight step back here, but obviously you need to both make sure you’re on the same page about wanting to get married, before you even consider how to propose! Provided you’ve had those conversations and you feel like you’re in a place where you’re both ready to commit, then it’s time to find out how they might like to be proposed to!

For instance, if they’re painfully shy, the last thing they’re going to want is a crowded restaurant for an audience when you get down on one knee. But, if you haven’t had the conversation of what they’d like before, then it can seem forced – and the last thing you want to do is ruin the surprise!

Try to bring the conversation up naturally. That means if you see some cute proposal pictures on Instagram, casually ask what their perfect proposal would be, instead of just asking them straight out of the blue. 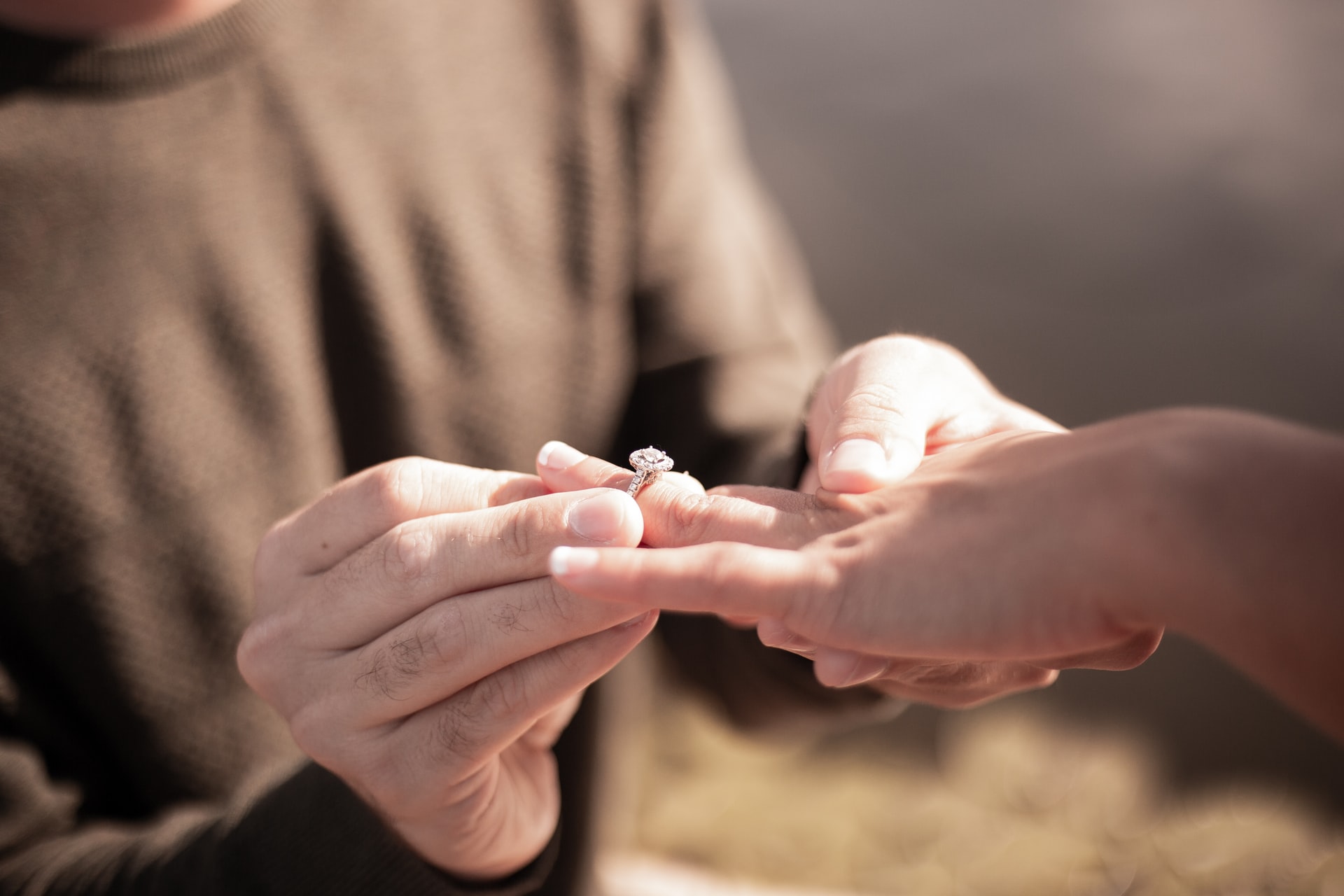 If you’ve chosen to get a ring ready for the proposal, then logistically, you’re going to want to keep it safe! Take out insurance as soon as you’ve bought it, and stow it away safely – somewhere you know you won’t forget, and also somewhere you know your significant other won’t accidentally find it!

Depending on what you have planned for the proposal, you may need some help from others. However, we’d recommend only letting a trusted few in on your little secret – otherwise your cover could be blown before you get the chance to ask!

Whether you want to go down the traditional route and ask your loved one’s parents for their blessing, or you just feel like you need to let your best friend in on the surprise, try to limit the number of people who know – and make sure you only confide in people who you know aren’t going to spill your secret!

Of course, we’ll all go into a proposal thinking about how we want it to be, but ultimately, one key element of proposal planning, is to always have a back-up plan. For instance, if you’d planned to go for a romantic walk around your local park and ask the question, but it starts throwing it down, is there somewhere covered where you can shelter, or are you able to hold it off for a few days?

Hopefully, all will go well and you won’t actually have to refer to your back-up plan, but as much as anything, it’s there to ease some of your nerves, and hopefully have you feeling a little less stressed about the situation. 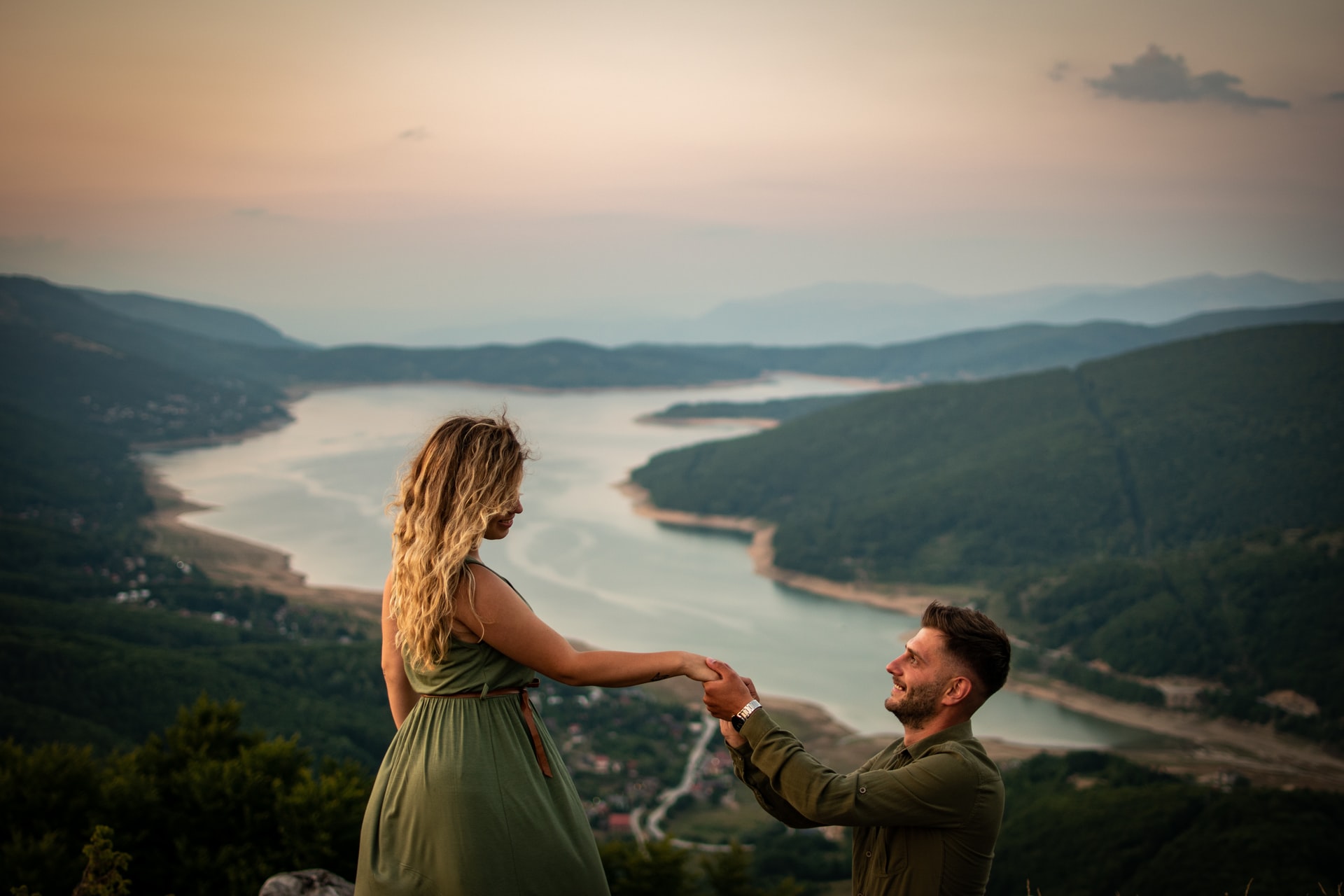 Getting engaged is such a private, intimate moment, and one that’s so full of emotions… and it’s going to be a day you’ll both treasure forever (provided they say yes, of course!). So, if you can, try and think of a way you can capture the memory on camera.

This could be you setting up your camera and pretending to get some candid shots for your Insta (whilst surreptitiously filming the whole thing!), or hiring a photographer who can secretly take pictures of when you get down on one knee, and then taking some more formal photos once you’ve both composed yourselves. Either way, it’ll mean you’ll have some sweet shots from one of the best days of both of your lives.

6. Try not to sweat about it too much

Of course you’re going to be super nervous, but nerves are good – it shows how much you love this person, and how much you care about creating the perfect proposal!

Ultimately, lead with your heart – say what comes to mind in the moment, and don’t worry about memorising something specific to say.

Also, it’s easier said than done, but try not to sweat the small stuff… yes, you might have planned popping the question during your intimate dinner while the sun set; but if the timing isn’t quite right and you’re stuck in a deep conversation about something else, then ask the question after!

Getting engaged is going to be a highly emotional experience for you both – there’s going to be a huge element of surprise (even if it’s something you’ve already discussed!), so give your partner the time to laugh, cry, and process the question before getting the answer and hugging it out!

Then, once that’s out the way, you can put the ring on their finger and breathe a sigh of relief, before you can enjoy spending the rest of your lives together. 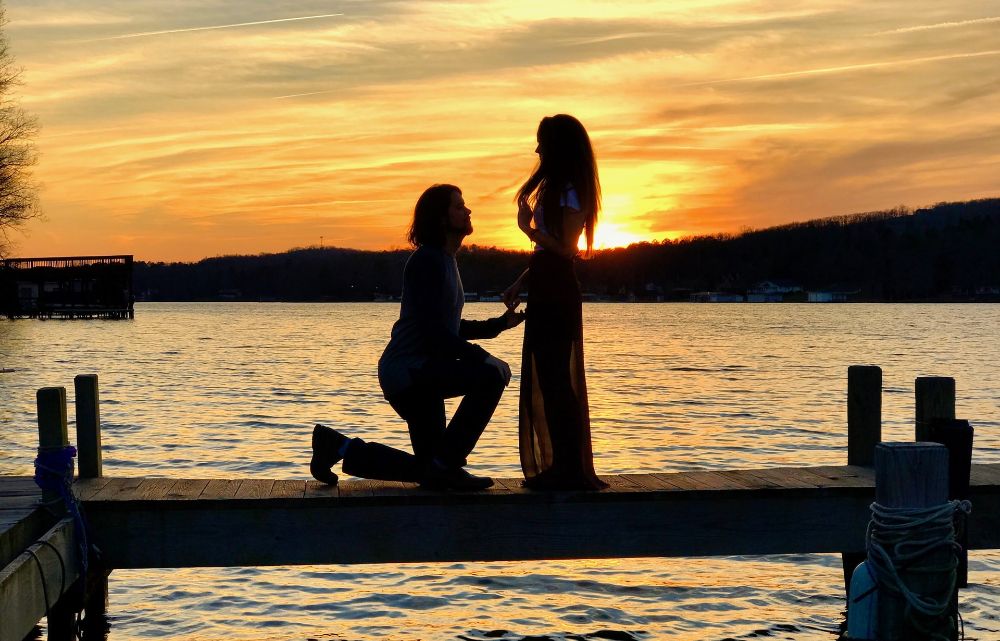 So, now you know how to plan the perfect proposal, it’s time to think about how you’re actually going to pop the question! Ultimately, you’ll want it to be extremely meaningful, so take a look at these suggestions, and have a think about what your bride or groom-to-be would consider to be the best way to propose…

Is there a city or holiday destination that you’ve travelled to together, and is “your” special place? Then it could be the perfect proposal setting! For example, if your first ever holiday away together was in Croatia, and there was a peaceful beach you used to visit every day, then why not head back there, and plan the perfect, private proposal on that beach, before celebrating together at one of your favourite restaurants?

Alternatively, is there a place your significant other has always wanted to go to? If they’ve been dying to go to Reykjavik, then why not plan that perfect trip, complete with a romantic proposal under the Northern Lights (or, you know, as a back-up plan, in case you can’t see the Northern Lights, by one of the other natural wonders Iceland’s so well known for!), for an experience they’ll never forget. 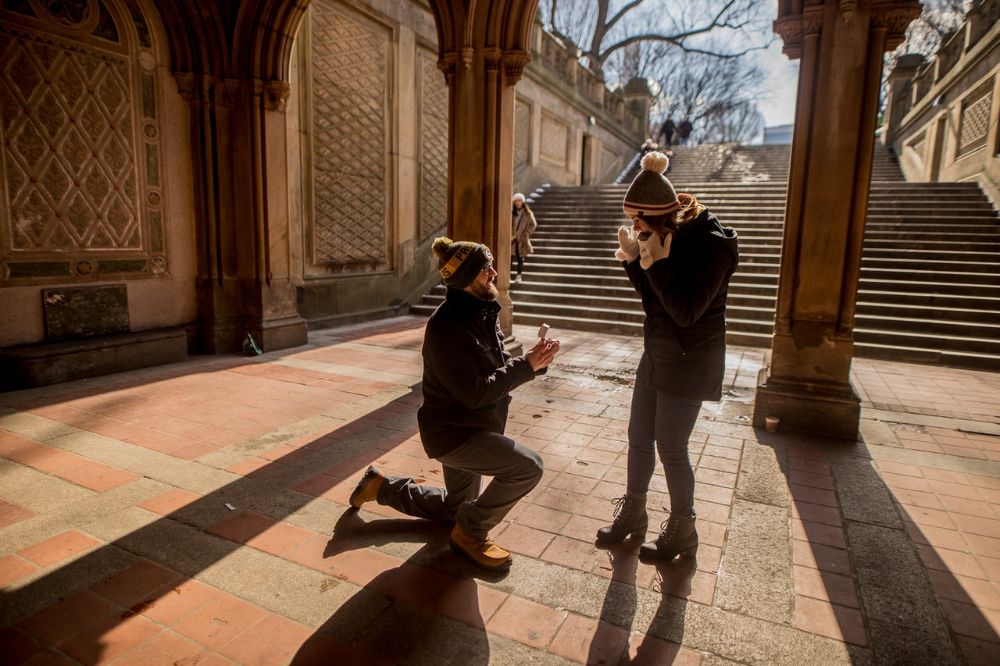 We appreciate that a trip away is very much money-dependent! For something equally as sweet and thoughtful, but with a lower price tag, you could incorporate some of your dating milestones into your proposal.

For example, could you recreate your very first date? Or perhaps you could take your significant other back to the place where you celebrated your first anniversary, or told each other you loved them? It’s super sweet, super meaningful, and super romantic, and in our opinion, is one of the best ways to propose!

Get their loved ones involved

If your significant other is a full-on family person, and you know they’d love to have their nearest and dearest around to experience the proposal, then you could look to create a family affair.

It could be something as simple as the two of you going on a romantic walk where you can pop the question, before heading back home for a surprise engagement party; or, if your loved one would like something showier, then you could consider proposing at a family party (as long as you get the OK from the hosts!).

Alternatively, if your significant other loves their fur babies more than anything in life, then why not get them involved? Whether they carry the ring, or are just around for when you pop the question, it could mean the world to them.

Proposal planning can be hugely daunting, but ultimately, as long as you and your significant other have had the conversion, and know you’re ready to commit to each other, then there’s nothing to be *too* nervous about.

Hopefully, these proposal tips have given you some ideas on how you’re going to pop the question, so now, it’s just a case of getting it all planned in!

Alternatively, if you’ve recently gotten engaged, then it’s time to start thinking more about the wedding itself – from choosing your wedding colour scheme, to picking your bridesmaids, we’ve got you covered on our blog, which is filled with all the wedding inspo you could want (plus more!). Or, if one of your friends or family has recently said yes to the big question, then take a look at our range of engagement cards, where you can include your very own, special message.