The struggle of Christmas birthdays

Christmas and birthdays – aren’t they just the best times of year? There’s presents, cake, sweet treats, birthday and Christmas cards, parties galore, and plenty of celebration and cheer. Unless, of course, your birthday and Christmas happen to fall around the same time… in which case, you’ll know the pain that comes from your birthday being constantly overlooked or forgotten about. And that’s not even mentioning the inevitable, crushing disappointment of receiving half the amount of presents when people get you a ‘joint Christmas and birthday present’.

But if you’ve got a birthday-at-Christmas bestie, you might be stuck in the quandary of what card to get them. Never fear – we pride ourselves on being the home of unique and unusual cards, so we asked our awesome independent creators to dream up some designs for Christmas birthday cards. Here are a few of our festive faves: 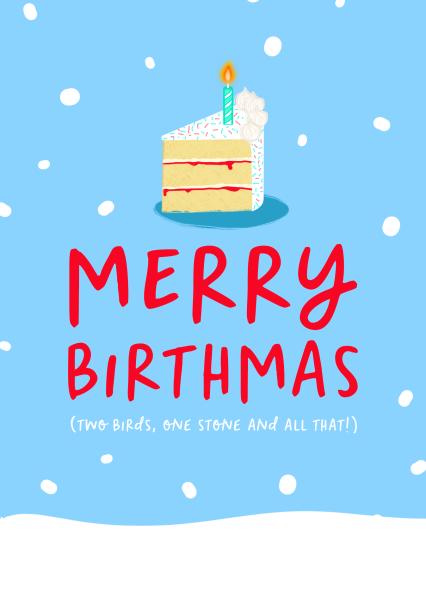 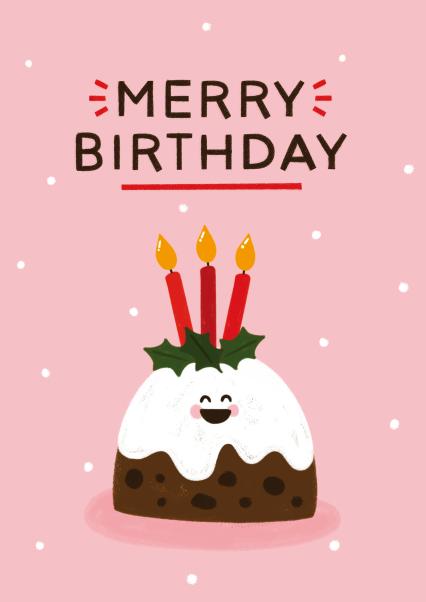 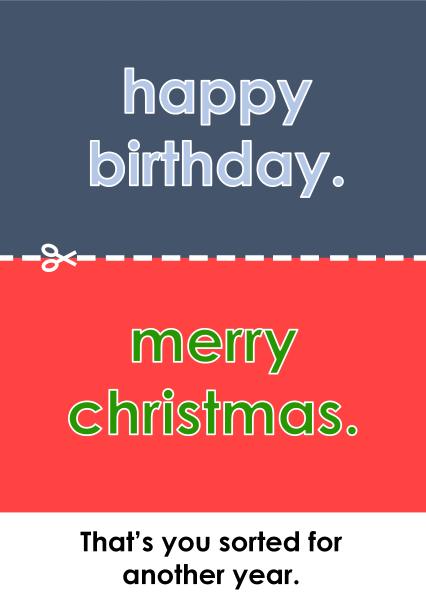 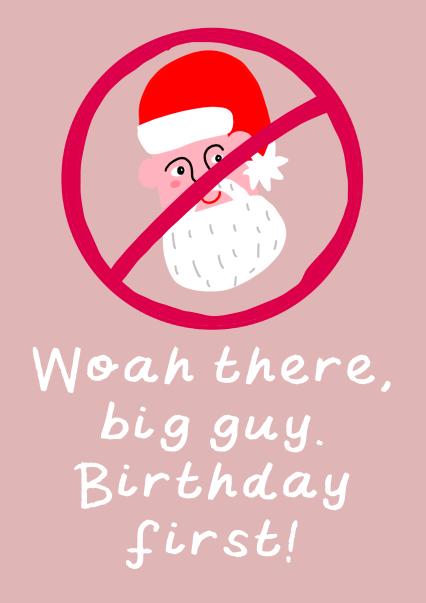 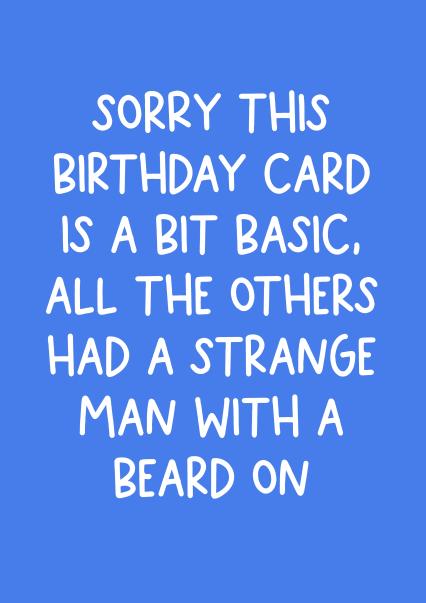 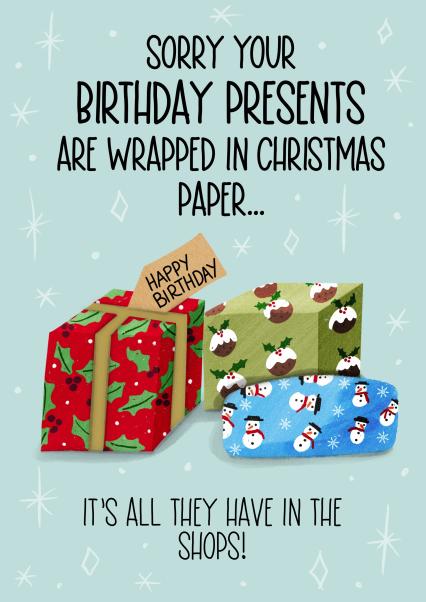 But to find out just how bad late-December babies have it, we surveyed lots of people who have a Christmas birthday, and asked them to tell us the best and worst things about being born at the ‘most wonderful time of the year’.

There are some things that people really don’t enjoy about having a birthday at this time of year – here are some of their biggest issues.

The number one pet peeve? The sheer injustice of having to share a birthday with Christmas. Plenty of our respondents had something to say about this – common complaints included fewer people noticing that it’s your birthday and a general feeling of resentment towards Christmas.

We all know it’s got to be the worst part of the combined Christmas/birthday celebration – the two occasions in a year that people go all-out with gifting, and they’re bang next to each other on your calendar.

The biggest pet peeve in this category, as you might expect, is getting combined birthday and Christmas presents, or receiving Christmas themed birthday gifts. But spare a thought for those with a birthday just after Christmas, because the worst part of this has got to be one of our respondents who told us they were tired of getting people’s unwanted Christmas gifts as a birthday present!

Some of our survey respondent’s specific pet peeves included having to wait all year to get presents, instead of having celebrations nicely spaced through the year – which gives new meaning to the phrase ‘all your Christmases come at once’.

Of course, there are other priorities, including some December babies that we surveyed who weren’t quite feeling the ‘goodwill to all’ part of Christmas, because they resented their siblings also getting presents on their birthday!

We all know that the last few weeks of December revolve around Christmas, but that’s pretty rough if your birthday gets lost in the shuffle. Some of the issues included making things special for your big day – but, as one of the people we asked put it, ‘If you go out to any restaurants they are only geared for Christmas and New Year – so it doesn’t feel like a special time just for you.’

Plenty of the people we spoke to also felt like this, with one of them pointing out that in December ‘birthday decorations don’t exist – and birthday themed garlands and balloons are less likely to happen because the house is already decorated for Christmas’. The next time you’re putting up the Christmas tree, spare a thought for your friends with late December birthdays, who can expect boughs of holly instead of balloons and baubles instead of birthday banners.

But it’s not all doom and gloom – there are still some things to enjoy about having a Christmas birthday.

One benefit of a December birthday is that the whole family will be getting together, so you’re guaranteed to see them around your big day (assuming that’s a positive for you, that is). Plus, Christmas is a day when everyone is likely to be in good spirits, which is nice for making your birthday a really special day full of fun. And, as one of our respondents sweetly put it ‘the whole season leading up to my birthday is full of light and celebration’

One of the things to enjoy about a Christmastime birthday? The endless number of treats and sweets available over the festive season. Plenty of the people we asked said that it was nice having a double excuse for eating and drinking everything – a wonderful combo of ‘ah, go on, it’s Christmas’ and ‘ah, go on, it’s my birthday’. Another unexpected benefit? No-one will expect you to cook Christmas dinner, because it’s your birthday, after all.

If you’ve got a birthday on or near Christmas, you’re likely to have a bank holiday or two to enjoy, and when you were in school, you were guaranteed the day off on your birthday. And if you’re out there in the big wide working world, then having a day off on or around your birthday is a special treat!

If you’re celebrating a Christmas-birthday combo, then make sure to make it extra special for them with one of our Christmas birthday cards – but if you can’t make your mind up whether to go for a birthday or Christmas gift, treat them to a couple of especially lovely items from our range of gifts and cards.