How to celebrate Pride Month

Whether you’re an ally or a member of the LGBTQ+ community, Pride is a time to throw on your best ridiculously sparkly outfit, dance, sing, and celebrate everything that LGBTQ+ people have contributed to society and history. We’ve collected some of the best ways to celebrate Pride month, whether you’re able to enjoy the festivities in person with friends, or holding a virtual event. With lots of Pride parties and parades being put on hold due to social distancing regulations, frankly, you may well need an excuse to party – so here are our suggestions for fun alternative ways to celebrate, from LGBTQ+ books to Pride cards to send to your mates! And remember: even if you don’t end the day drunk, sunburnt and covered in body glitter and rainbow paint, Pride is Pride nonetheless.

What is Pride month?

Pride is a month to celebrate lesbian, gay, bisexual, transgender and queer people, including intersex, non-binary and asexual or aromantic people, and everyone under the LGBTQ umbrella. Pride month promotes equality and visibility of LGBTQ people, celebrates diversity, and helps to create a community and safe space for people to celebrate who they are. Large parades, parties, and events to celebrate Pride often take place in cities across the world.

When is Pride month?

Pride month takes place in June, in honour of the 1969 Stonewall Riots in New York. When police raided the Stonewall Inn, a gay bar in Greenwich Village on June 28th 1969, it triggered riots against police brutality and brought the lack of LGBTQ+ rights into the spotlight for the first time, catalysing the gay rights movement both in the US and worldwide. Pride month has been celebrated in June ever since 1970. 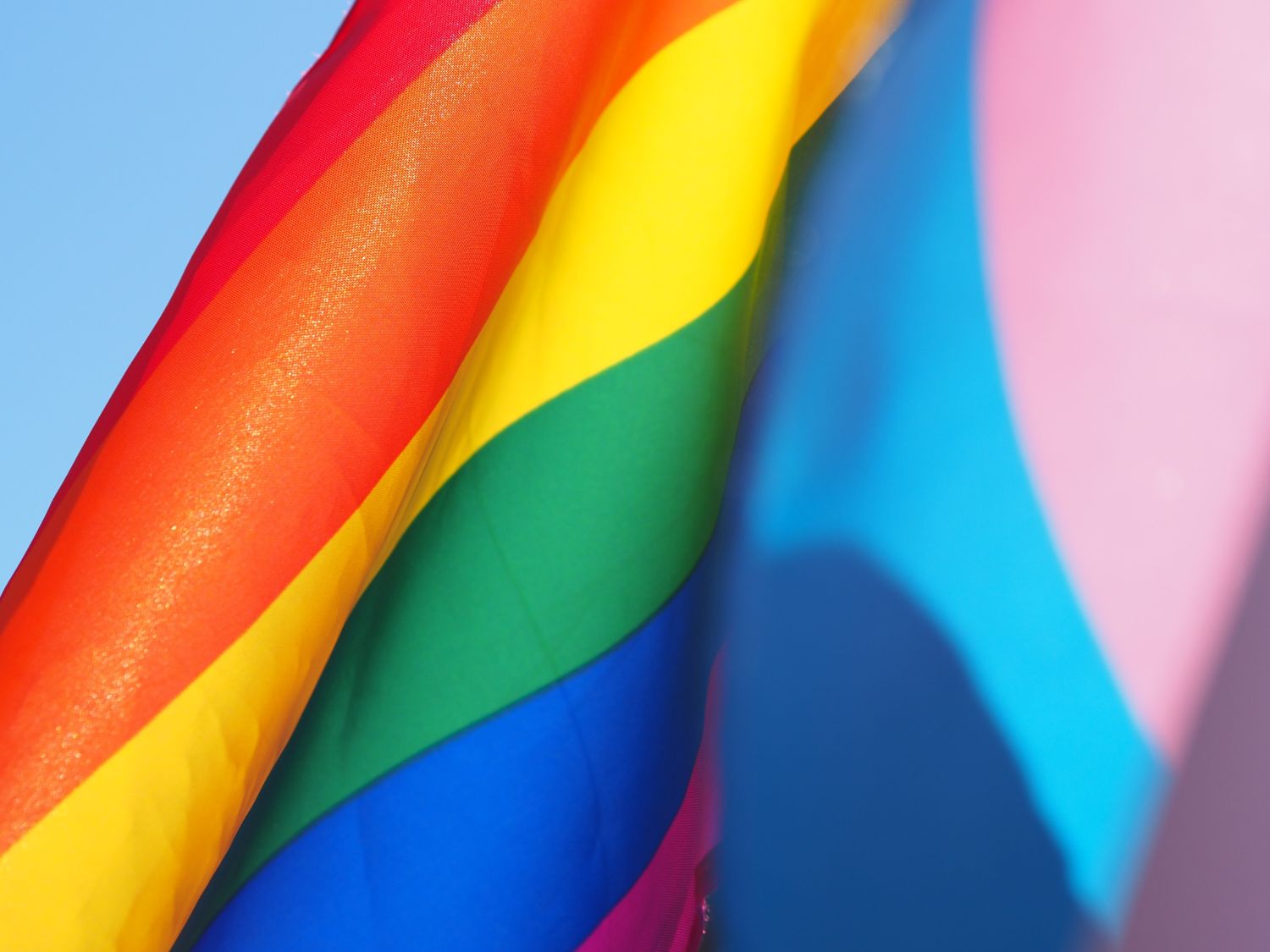 Pride is a ton of fun – there’s rainbows, there’s music, there’s tons of partying and there is lots and lots of glitter. But Pride is more than a party – after all, it started out as a riot, and people across the world are still fighting for their rights. Take some time this Pride month to learn a little bit more about LGBTQ+ history. Slot some learning into your commute with a podcast (we love Getting Curious with Jonathan Van Ness (of Queer Eye fame), A Gay and a Nongay, and The Read). Or add some informative content to your evening scroll by following some awesome informational Instagram accounts like LGBT History, them or Pink News.

As the queens of RuPaul’s Drag Race would remind you, reading is fundamental! So make some time this month to read books by queer authors. Goodreads has a great list of LGBTQ+ books to choose from, but we’ve listed a couple of our favourites – from important classics to fun young adult novels.

Whether you buy from your local LGBTQ bookshop, borrow books from the library, or listen to audiobooks, June is the perfect time to expand your horizons with some Pride-friendly reading.

With COVID restrictions in place, Pride parades and parties might be rescheduled for the time being – but that doesn’t mean you can’t celebrate. Get some friends together over Zoom, and try some of these fun activities to keep you going until the official party can take place. And why not throw together a couple of our top summer cocktails to go along with the party?

Throw down the gauntlet, and challenge your friends with some Pride-themed trivia questions. Here are some ideas for Pride quiz questions to get you started!

Q: In what year was the first same-sex marriage performed in the UK?

Q: What were the colours of the first Pride flag?

Q: Who was the first winner of RuPaul’s Drag Race, who later returned for season 3 of Drag Race: All Stars?

Q: Which bisexual activist is known as the ‘Mother of Pride’ for her work in organising the first Pride march in 1970?

Lipsync for your life to some classic Pride tracks

Get your favourite Pride playlist on, and blast the classics from Elton John to Lady Gaga. Arrange your friends into pairs for a lip-sync-off, as inspired by the queens of Drag Race.

Hire a drag queen or musician for a performance

COVID has been a tough time for lots of performers, who have lost out on income with clubs and bars being closed for such a long time. Support local LGBTQ+ artists in your community by hiring them for a virtual performance! 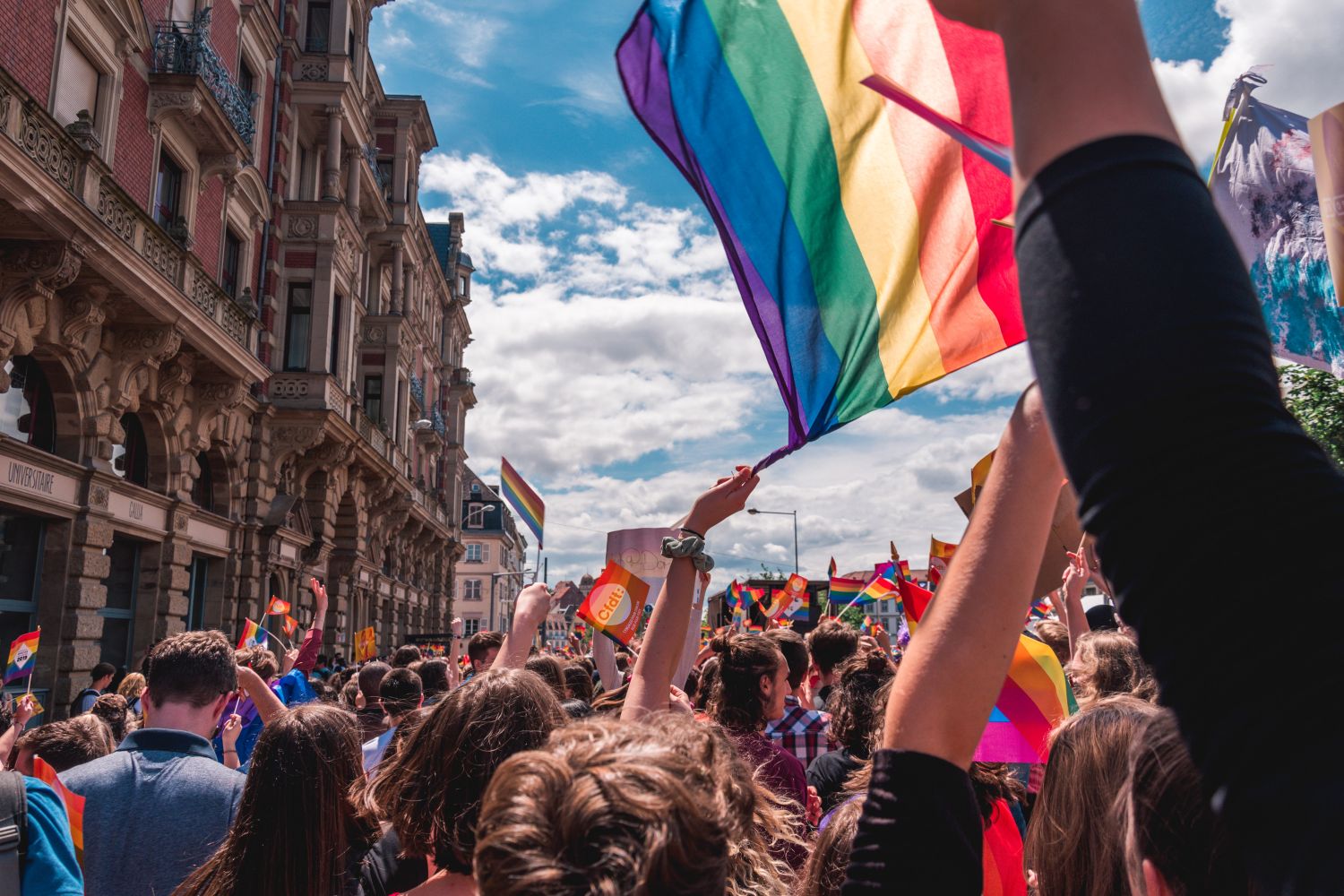 Pride is a time for LGBTQ+ communities to celebrate with rainbows and music (and really good outfits) but it’s also a time to reflect on the work that still needs to happen. There are tons of great charities supporting LGBTQ people and causes – so find out about the work that British LGBTQ+ organisations are doing and donate money, or find out if there are local charities or community organisations that could use some volunteers.

If COVID restrictions allow, get some friends together for a film night – or use an extension like Netflix Party to plan a virtual movie night with some Pride-appropriate films. There’s a truly vast amount of great LGBTQ+ films out there, and while we’d definitely recommend checking out full lists like this one from Harper’s Bazaar, we’ve picked a couple of light and fun suggestions to get your movie night going!

6. Send a Pride card a to friend

We have a huge range of Pride cards, perfect for sending a smile in the post to a friend, or to your mums or dads. Here are a couple of our favourite cards from our independent card creators that will bring a smile with their cute and colourful designs and heartfelt words! 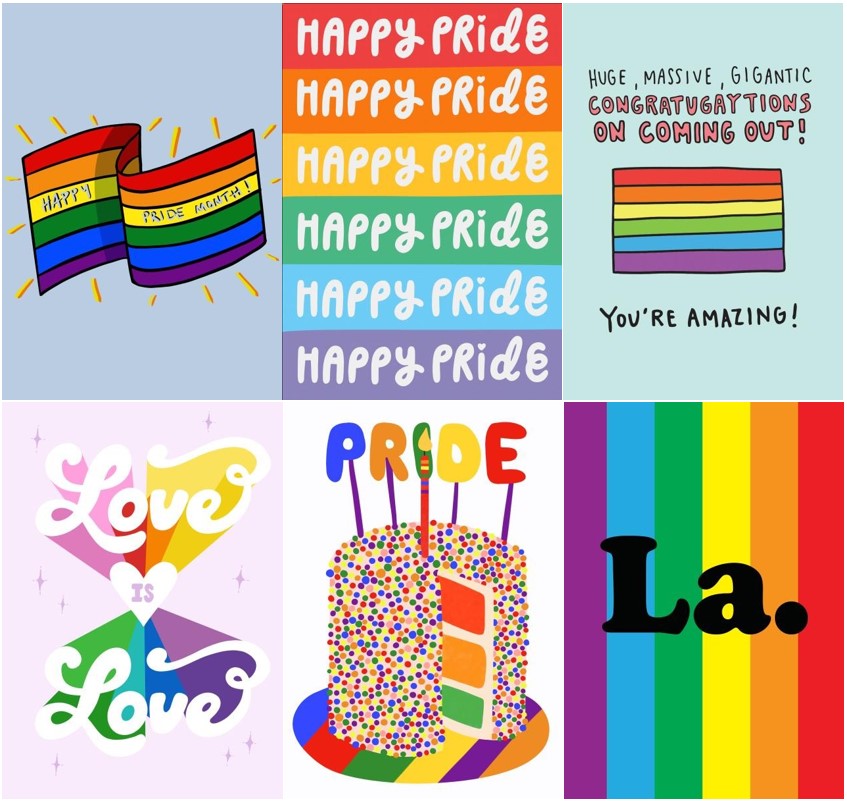 However you choose to celebrate Pride this year, make sure it’s extra special and as sparkly as you can possibly make it. For some more celebratory ideas, check out our Special Occasions guides like how to throw a perfect garden party.