Do you crave a turkey with all the trimmings at Christmas? Or are you more of a nut roast kind of person? Do you devour a yule log, or do you prefer to stick to tradition with a classic Christmas pudding?

We wanted to discover the most Googled festive dishes, so we took a look at monthly search volumes in the UK for Christmas classics to see what Brits were searching for the most. The results? They might just surprise you. 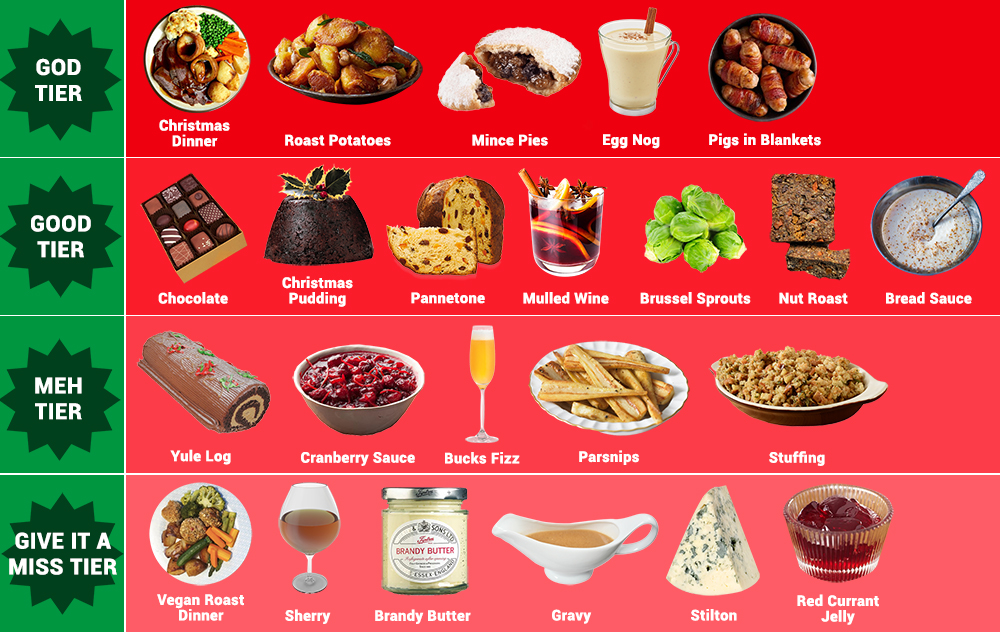 In the God tier, with more than 200,000 UK searches a month were eggnog (probably because most of us don’t actually know what it is!), as well as mince pies, roast potatoes, and a classic Christmas dinner.

Food with 100,000 – 200,000 monthly searches fell into the Good tier. These include several desserts, such as chocolate, Christmas pudding, and classic Italian sweet treat, panettone. Pigs in blankets, nut roast, and mulled wine also fell under this tier – probably from people searching for the perfect recipe.

Yule logs, cranberry sauce, parsnips, stuffing and Bucks Fizz all fell under the Meh tier, with 50,000 – 100,000 monthly UK searches each.

Meanwhile, in the Give it a miss tier, traditional festive treats like sherry, brandy butter and redcurrant jelly all had less than 50,000 monthly searches – probably because people are ignoring them in favour of something a bit more modern.

Interestingly, vegan Christmas dinners also fell into the give it a miss tier, proving that at Christmas time, all you need is a turkey and some pigs in blankets (well, as long as you’re not veggie or vegan!).

Want more Christmas inspiration? From cheap and cheerful stocking filler ideas, to tips on how to create your own Christmas tree decorations and more, head on over to our blog.