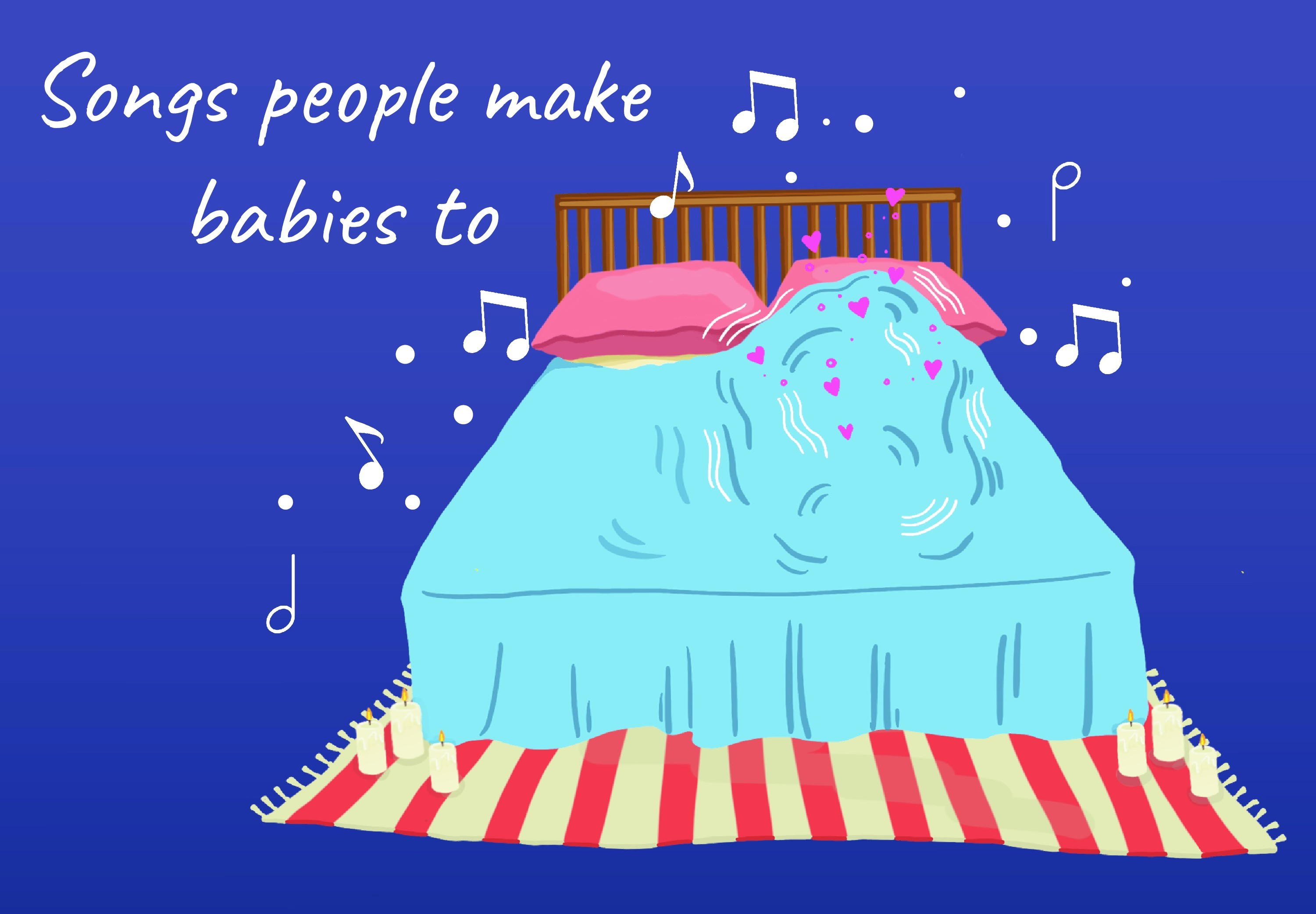 There’s nothing like a good sultry soundtrack to get you and your special someone in the mood for love – just look at the sheer number of playlists on Spotify called ‘’Slow RnB’, ‘Bump & Grind’ or ‘Bedroom Jams’ if you’re doubting us. Knowing that, logically, it makes sense that plenty of us were in fact conceived to music – just try really hard not to think about your mum and dad listening to Marvin Gaye.

But what might surprise you is the kind of music that had couples across the UK feeling frisky. We started by looking at the days which had the highest birth rates in the UK from 1995 – 2014, then counting back nine months to see what was flying high in the charts. And shockingly enough, it seems that plenty of people were getting cuddly over Christmas, because a truly surprising amount of these songs are Christmas number 1 hits.

Yes, that’s right – some of the songs people made babies to include Christmas songs. In fact, the number one song that people made babies to? ‘Somethin’ Stupid’, the kitschy Christmas duet between Robbie Williams and Nicole Kidman. Yes, really. There was a baby boom of 24,715 births nine months after Christmas 2001, so if you were born around September 2002, there’s a decent chance that Robbie was crooning at the moment of your conception. Sorry. But at least there’s a kind of seductive edge – unlike the fourth-ranked song responsible for most births: ‘Do They Know It’s Christmas?’. Presented without comment.

There are also some unexpected downers on the list, such as ‘Love Yourself’ by Justin Bieber, a song that’s pretty much exclusively about telling a no-good partner to hit the road. And yet clearly this breakup anthem didn’t quite hit the mark – nine months later, 15,189 children were born. Another surprise is ‘Mad World’, the shock Christmas hit from 2003 – potentially responsible for the birth of 17,961 babies, all blissfully unaware of their mournful start in the world.

Of course, some make a little more sense – ‘Patience’ by Take That comes in at number 3, and as a slightly soppy ballad it’s sure to have inspired many a romantic coupling (not to mention all the mums-to-be feeling emotionally overwhelmed at the return of Take That).

But really, spare a thought for those conceived to perhaps the worst entry on this list – and you definitely aren’t ready for this one. Ranked number 6 on our list: Bob the Builder’s smash hit ‘Can We Fix It?’. Yes, really. 15,023 babies were born nine months after. We don’t know about you but honestly – we’d prefer not to know.

To get the final list of songs, thortful analysed ONS live births data from 1995-2016 and then subtracted 9 months from each date to get the date of conception. From this, they found out the song that was no. 1 on each date and then ranked each song based on the number of births there were on that date. When compiling the data, the original number two spot was Earth Song by Michael Jackson. Due to the sensitivity surrounding him, we chose to omit this song from this list.

The following sources were used to collate the data: