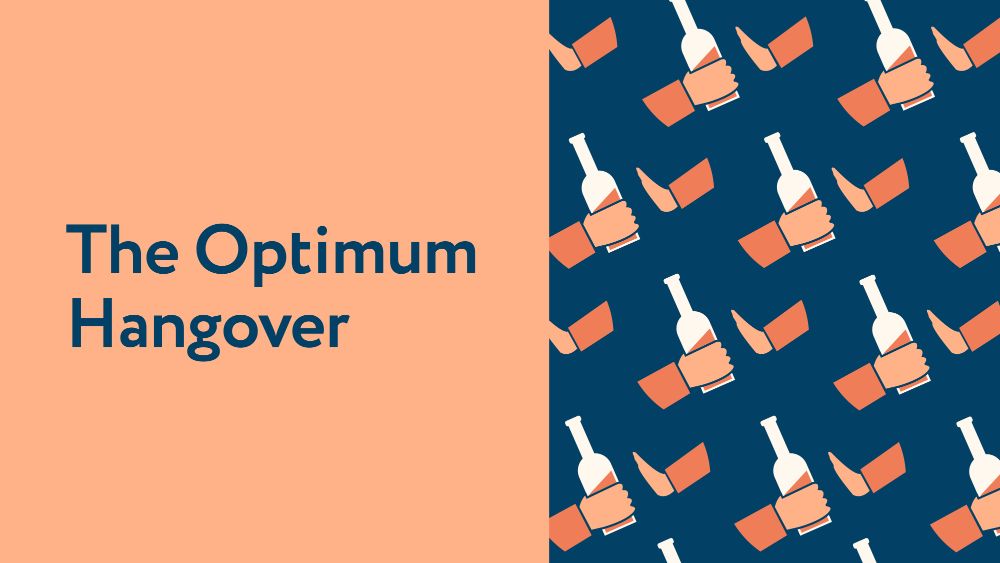 When do your hangovers start getting worse?

Getting older has plenty of benefits. You’re older, wiser, full of important life lessons and more comfortable with who you are. However, there is one major drawback… and that’s hangovers. Tragically, as we age, being able to go out on the lash for a heavy night and still managing to make it to work in the morning gets increasingly unlikely. Instead, the morning finds us huddled in the shower, crawling back under the duvet, or turning to dodgy hangover cures to try and get rid of the head-thumping exhaustion.

The age we feel our hangovers get worse

Our study revealed that the average age where people felt that their hangover was getting really bad is (drum roll please…) 34 years of age. 21% of our study respondents said that they first noticed their hangovers really starting to hit home between the ages of 31 and 35 – when you average out the weighted ages, that gives you a mean age of 34.

However, it also seems that even your late twenties aren’t safe – 20.3% of our survey respondents also said that they first noticed their hangovers becoming an issue in between the ages of 26 and 30.

The average age when our attitudes about drinking start to change

It’s not just the hangovers – as we get a little older, we maybe aren’t quite as keen to go on the kind of night out that ends up with you stumbling home as the sun comes up. Here are some of the things you might find yourself saying – and the ages you might start saying them.

In fact, the majority of people we surveyed (19.4%) said that by age 26-30, they were struggling to go out for more than one night in a row.

On the other hand, the majority (19.3%) of our responders said that it wasn’t until they were in their thirties that they felt they’d rather be in their pyjamas at home instead of out on the dancefloor.

There definitely comes a point where you look around the club and realise that you’re the oldest one there. According to our survey, that age is somewhere in between 31 and 35, with 15.7% of respondents saying that was when they noticed.

Let’s face it – if you’re facing two days of feeling like warmed-over garbage, the night out has got to be absolutely worth it.

This one kicks in a little bit younger – but let’s face it, we all need a bit of stodge at the end of a night out. By 28, you’ll be craving fast food after a night out – and hopefully, your kebab/chicken nuggets/mozzarella dippers will help you stave off that dreaded hangover.

Apparently, by 33, you’ve changed your mind about the wisdom of shots – no more knocking back tequila slammers, baby Guinness shots, or (heaven forbid) an overproof rum. Your liver will thank you one day, probably.

Planning a big night out for your mates’ next birthday, or making it a quiet one and staying in? Either way, make sure you make the most of their big day with a funny birthday card to get them giggling – no booze needed, and no risk of a hangover. We can’t guarantee there’ll be no papercuts, though. You’re on your own for that one.

For more hilarious ideas, lifestyle tips and insights, check out the rest of the thortful blog.