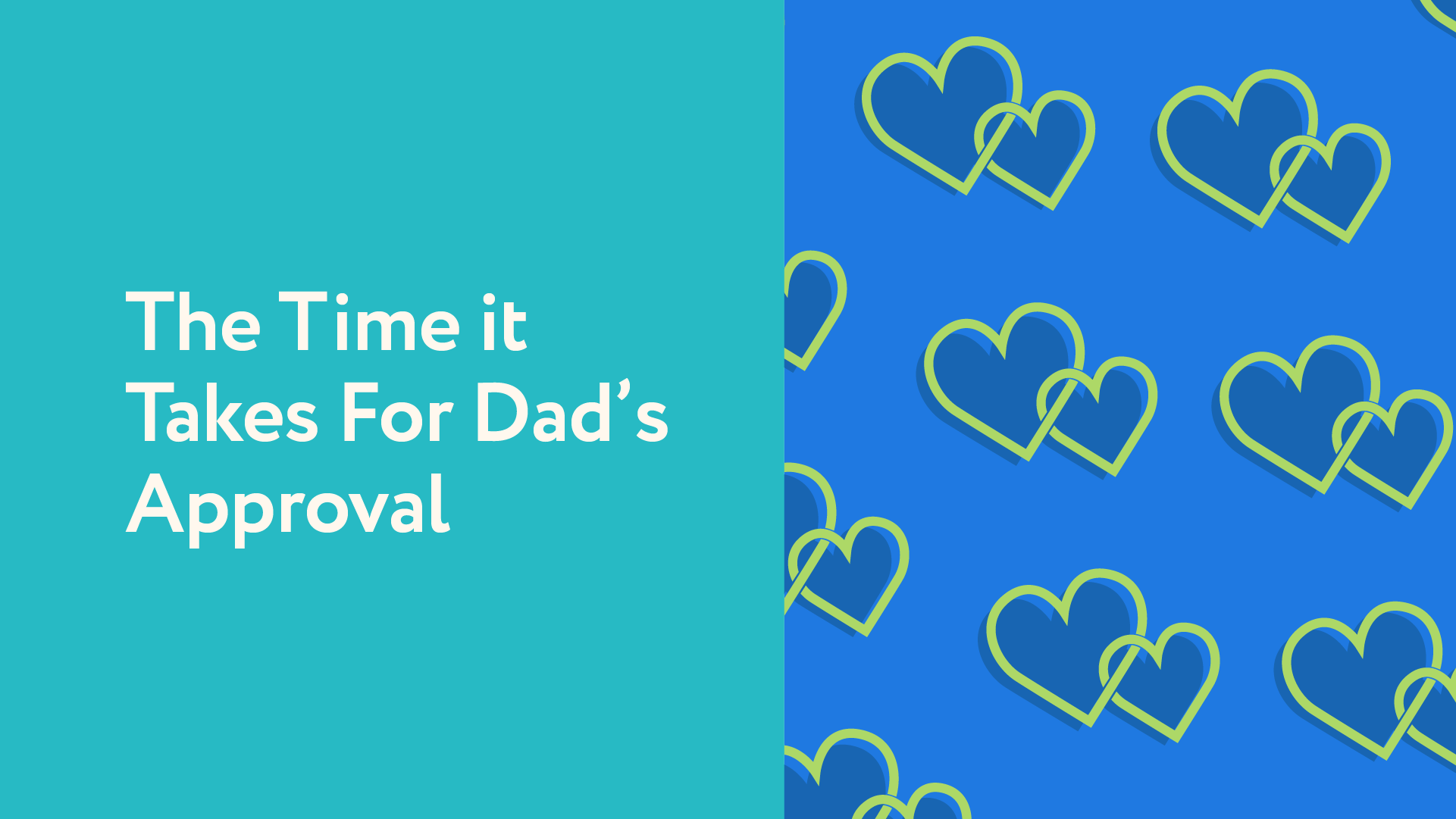 We’ve all been there – the sweaty palms and excited butterflies that inevitably come when bringing a new partner home for the first time to meet the parents. But a lot of us have also been in the position where even after that initial meeting, it’s taken quite a while for our parents to come round to liking our beloveds too!

We wanted to find out just how protective and cautious British dads are when it comes to their children’s new partners, so we surveyed dads of children who are married/in a relationship to reveal how long it takes on average to get the seal of approval.

We also found some insider intel on what dads think are the most important things new partners should do to impress them!

It’s a question for the ages that many a young person has muttered in frustration: how long is it going to take for my parents to actually like my new partner? We surveyed British dads to find out the average time it takes to approve of their children’s partners and spouses – and the answers are quite revealing!

25% of British dads approved of their child’s new partner right away, while another 4% have never approved! It also turns out that it takes an average of 3 months to gain dad’s approval of your partner, so if you’ve just started dating, encourage them round to visit asap to get the process started!

What do dads love and hate most in our partners?

So, now we know how long it could take for our dads to like our partners, what exactly are the qualities that will make them go from tolerated to absolutely loved by the whole family?

Well, we got the inside track with the percentage of dads who approve or disapprove of each behaviour – so now you can know whether your partner is likely to be a hit or a miss at home!

Things your partner should do

Things your partner definitely shouldn’t do

How many protective dads are there in the UK?

37% of the dads we surveyed said that they were happy with who their child is in a relationship with, and another 22% said their child’s partner/spouse went out of their way to build a good relationship with them – props to them for putting in the grind to win their in-law’s approval!

However, nearly 1 in 5 of dads said that if they didn’t like their child’s spouse/partner, they would tell them straight, with a further 16% claiming to have already done so with partners of their children.

Some dads are even more protective, with 14% of them claiming that if they didn’t like their child’s spouse or partner, they would forbid them from seeing each other, while another 11% saying that they would try to split up the relationship!

Some dads are also very traditional in their outlook, with nearly 1 in 5 saying that they would like their child’s partner to ask for their permission before marriage, and another 17% have given monetary gifts to their children’s partners for looking after them.

A further 12% of dads claimed that their child’s spouse/partner actually bought them a gift to try to win them over – so why not give this a bash with one of our funny Father’s Day cards to really get them chortling? You can even throw in one of our gifts too, if you’re feeling really eager to make a good impression!