Congratulations! You’ve made it to forty years of marriage, so it’s time to start celebrating your ruby wedding anniversary. While it might not be quite half a century – yet – 40 years together is a long time worth celebrating. The only downside is that with so many years under your belt, you’ve probably given each other so many presents that your well of inspiration has run dry as a bone. 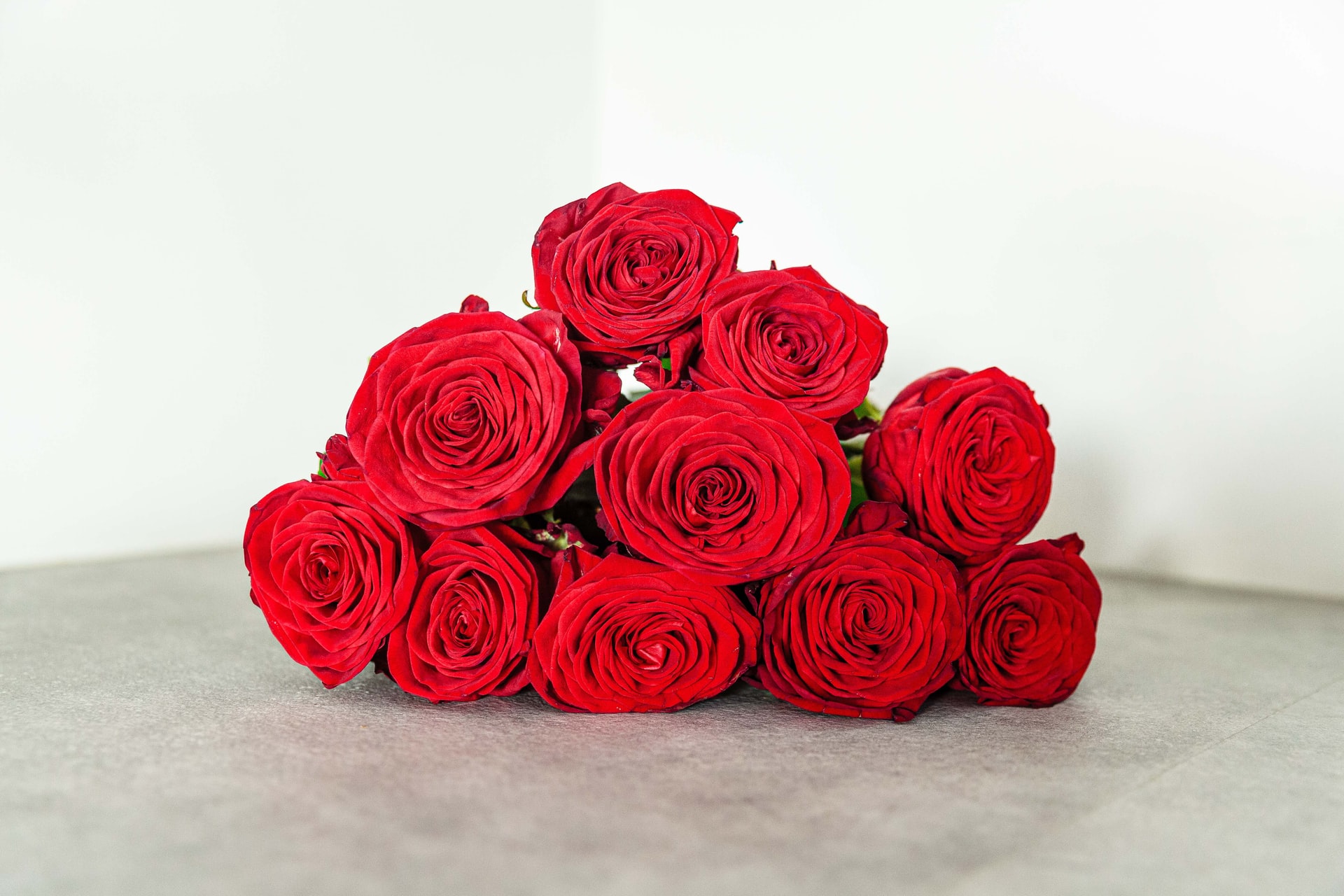 Whether you’re looking for 40th wedding anniversary gifts for your parents, grandparents, or family friends, it can be hard knowing what to buy for a couple – especially when they’ve been together for such a long time. You might know one-half of the couple better, but you still want to get them a ruby wedding anniversary gift that they’ll both love and cherish.

But that’s no mean feat. They likely have different interests, tastes, and ideas of what a ‘good gift’ entails, so what could you possibly get a couple for their 40th wedding anniversary? Here are some ruby wedding gifts for couples that are memorable, without running the risk of being too cliché. 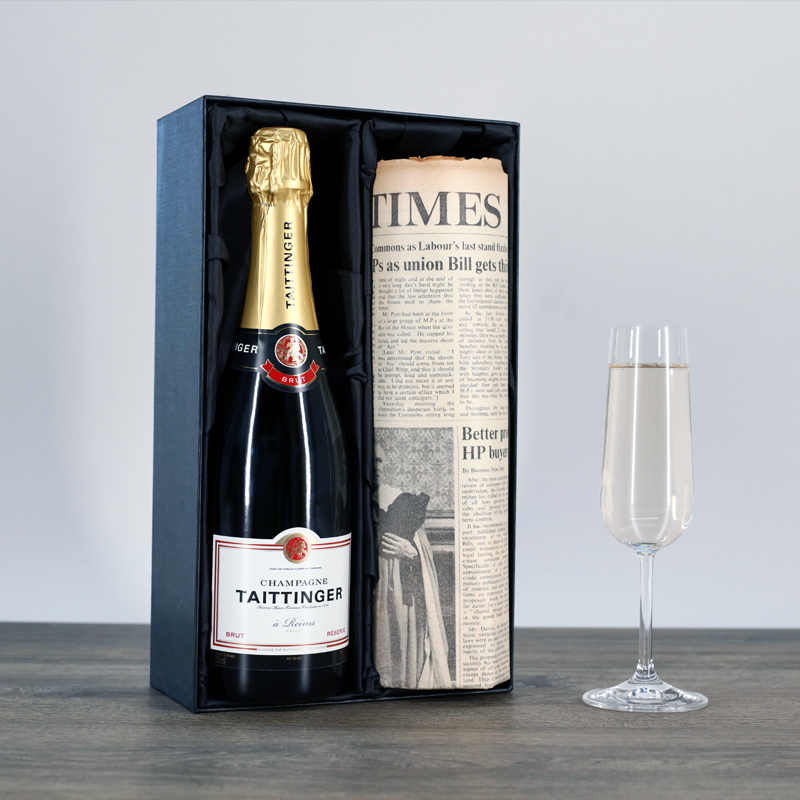 A little taste of the wedding day

A great ruby wedding anniversary gift idea for couples that is sure to tug on both of their heartstrings – a time capsule of their wedding day. Remind the happy couple of the happiest day of their lives with a little time capsule of their wedding day. You could include things like a luxurious bottle of the champagne they had, a newspaper from the date in question and maybe even some photos from the day. What better way to commemorate 40 years of marriage than by remembering the day that started it all?

If the couple celebrating their ruby wedding anniversary are your grandparents, this custom portrait of generations in silhouette is a really sweet and thoughtful gift, especially if you have a large family.

Alright, so it might take a bit of organising to get a profile photo for each member of your family but showing them all in one portrait is a touching ruby anniversary gift for any couple, and a reminder of all the joy and family that their forty-year marriage has brought. This is also a 40th wedding anniversary gift that will continue to shine a light on their lives, being hung centre-stage on their wall so they’re reminded everyday of their love for each other.

Not sure what to get for the husband who has everything? We’ve all been there – whether it’s his birthday, your anniversary or a thank you, knowing what to buy the man in your life can be a real headache. So, after 40 years of happy marriage, choosing a ruby wedding anniversary gift for him will seem like an almost impossible task. Thankfully, we’ve come up with some thoughtful ruby wedding anniversary gifts for your husband that he’s sure to appreciate. 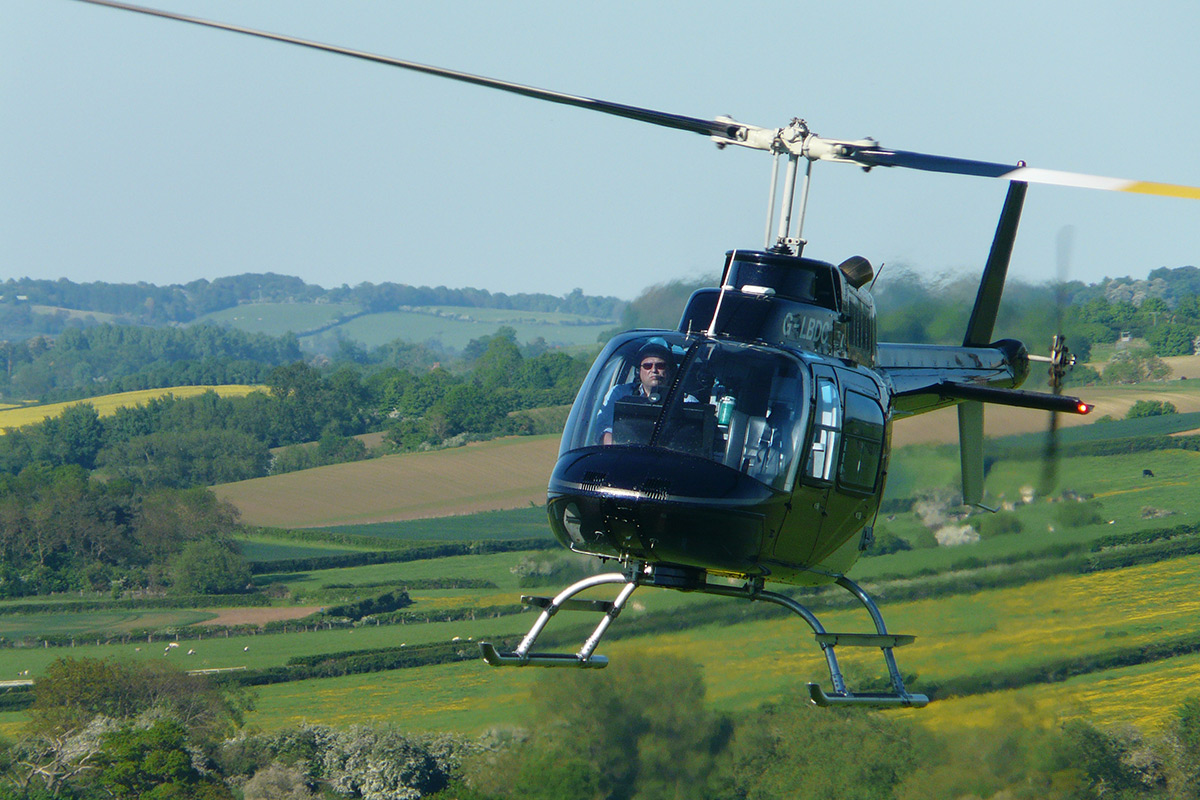 For the man who truly does have everything, give the gift of a special memory that he can choose, with a luxury gift experience from Virgin. From cooking masterclasses to helicopter rides and classic car racing, no matter what your special someone enjoys, there’s sure to be a 40th wedding anniversary gift on this list of unforgettable experiences that he’s always wanted to do. With an experience ruby wedding anniversary gift for your husband, he’ll be able to tick something off his bucket list and celebrate your love for each other. 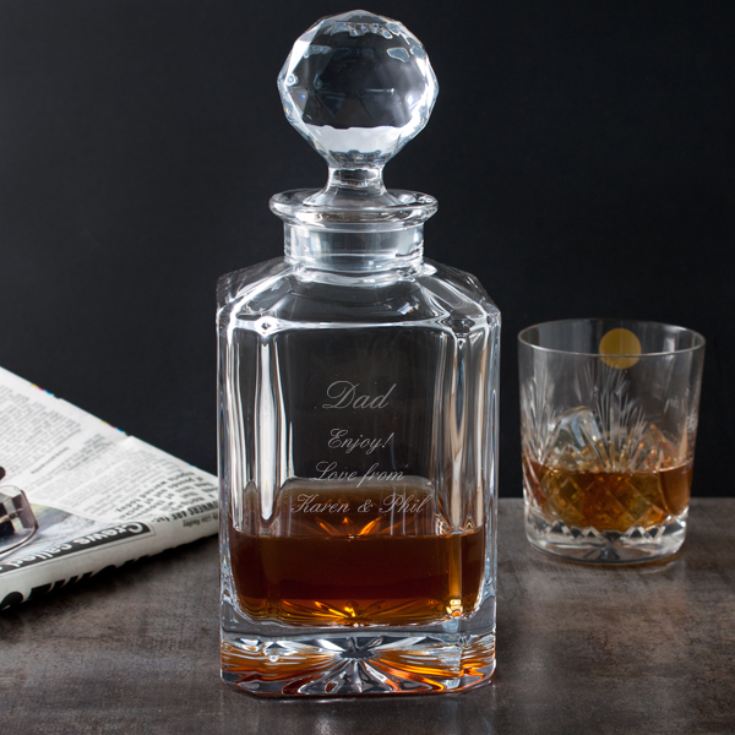 If he has a taste for the finer things, give him a bottle of his all-time favourite wine or whisky in this smart ruby wedding anniversary gift from The Gift Experience. The stylish shape will look great sitting on your drinks cabinet and will be a happy reminder of good times and good drinks shared over forty years. After all, you can’t go wrong with his favourite tipple as a fail-safe 40th wedding anniversary gift for your husband. Raise a glass and toast your ruby anniversary in style. 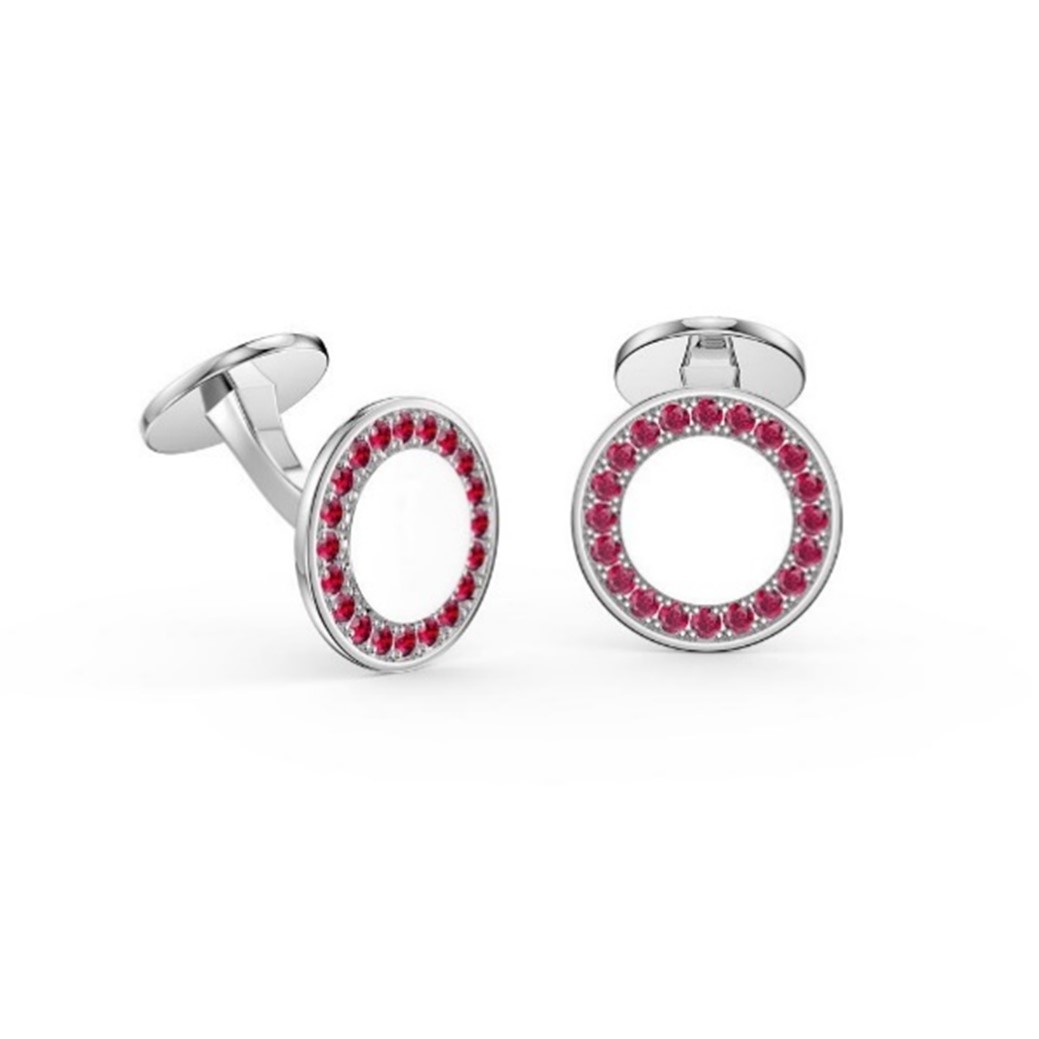 If he likes to look good and dress smart, then another great ruby wedding anniversary gift for your husband might be a pair of fancy cufflinks – ruby-encrusted, of course. These contemporary T Bar cufflinks from Jian London have been crafted with exquisite attention to detail and are the epitome of understated luxury. The ideal 40th wedding anniversary gift for him, these special ruby cufflinks are a practical yet thoughtful gift that won’t disappoint. And, if you’re fishing for extra points, you could even get the front face engraved with your initials – just to make them extra personal.

Mark this incredible occasion with a truly special gift for your wife that’s as stylish and elegant as she is. Rubies signify nobility, purity, and passion – so make sure your ruby wedding anniversary gift to her is worthy. You only get to celebrate 40 years of marriage once, so it’s important to think long and hard when choosing a ruby wedding gift for your wife. So, go ahead and take a look at our recommendations to get some 40th wedding anniversary gift inspo. 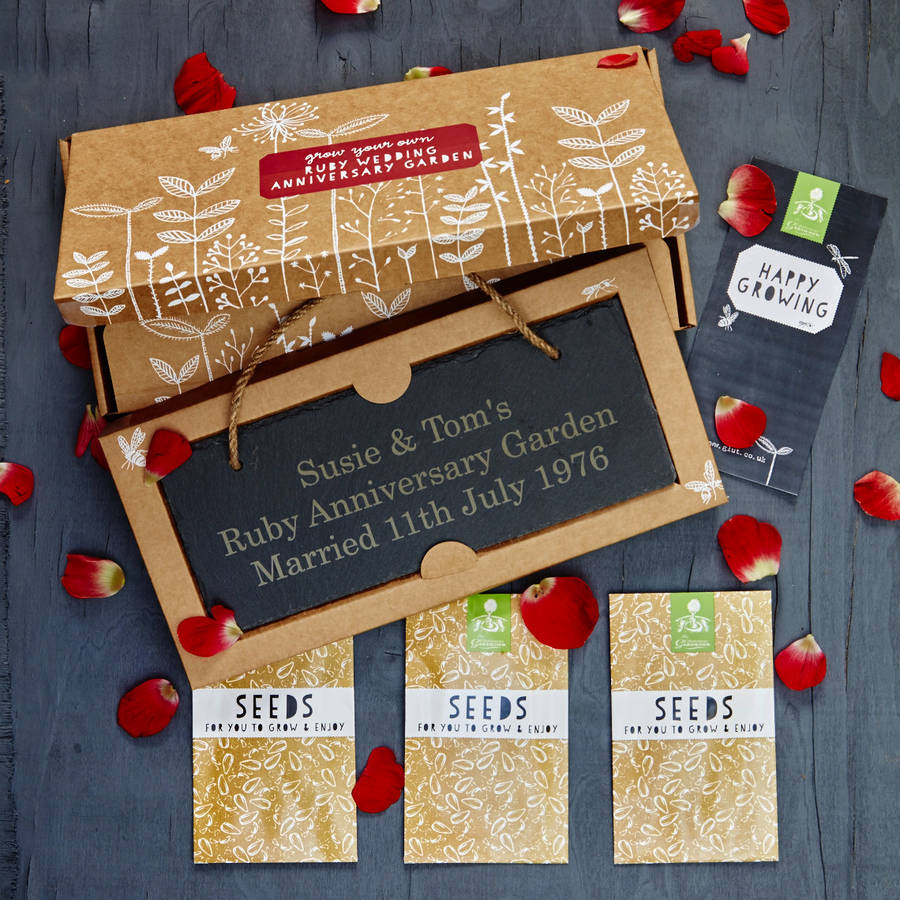 Image source: Not on the High Street

If your wife is a keen gardener, this is a deeply romantic ruby anniversary gift for her. Instead of the usual bouquet of red roses, why not give her a whole garden of red flowers? That way, she can have the joy of watching it grow and flourish, complete with a personalised slate sign. Give her the 40th wedding anniversary gift that keep on giving – as long as she waters it often enough. 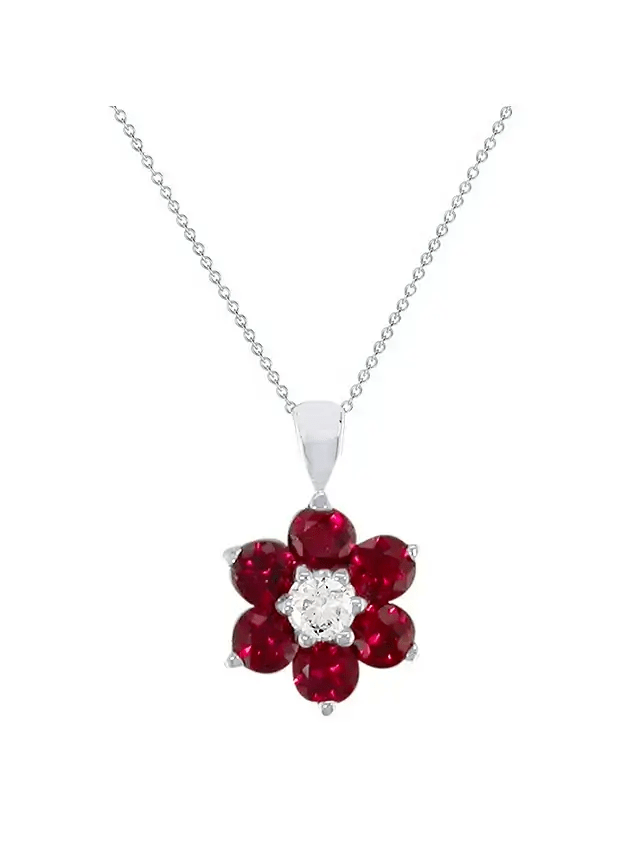 A ruby necklace with a difference

The beautiful red of a ruby is definitely eye-catching, but a lot of rubies come in very traditional settings, which are perfectly lovely but might not be suited to your wife’s sense of style.

That’s why we’ve picked this unusual but elegant ruby necklace from John Lewis as the perfect modern ruby wedding anniversary gift alternative. Instead of one large, flashy stone, the necklace holds several small rubies, and is engraved with the traditional meaning of the ruby: love and courage. Combining traditional sentimentality with a contemporary touch, this is the perfect ruby anniversary gift for your wife. 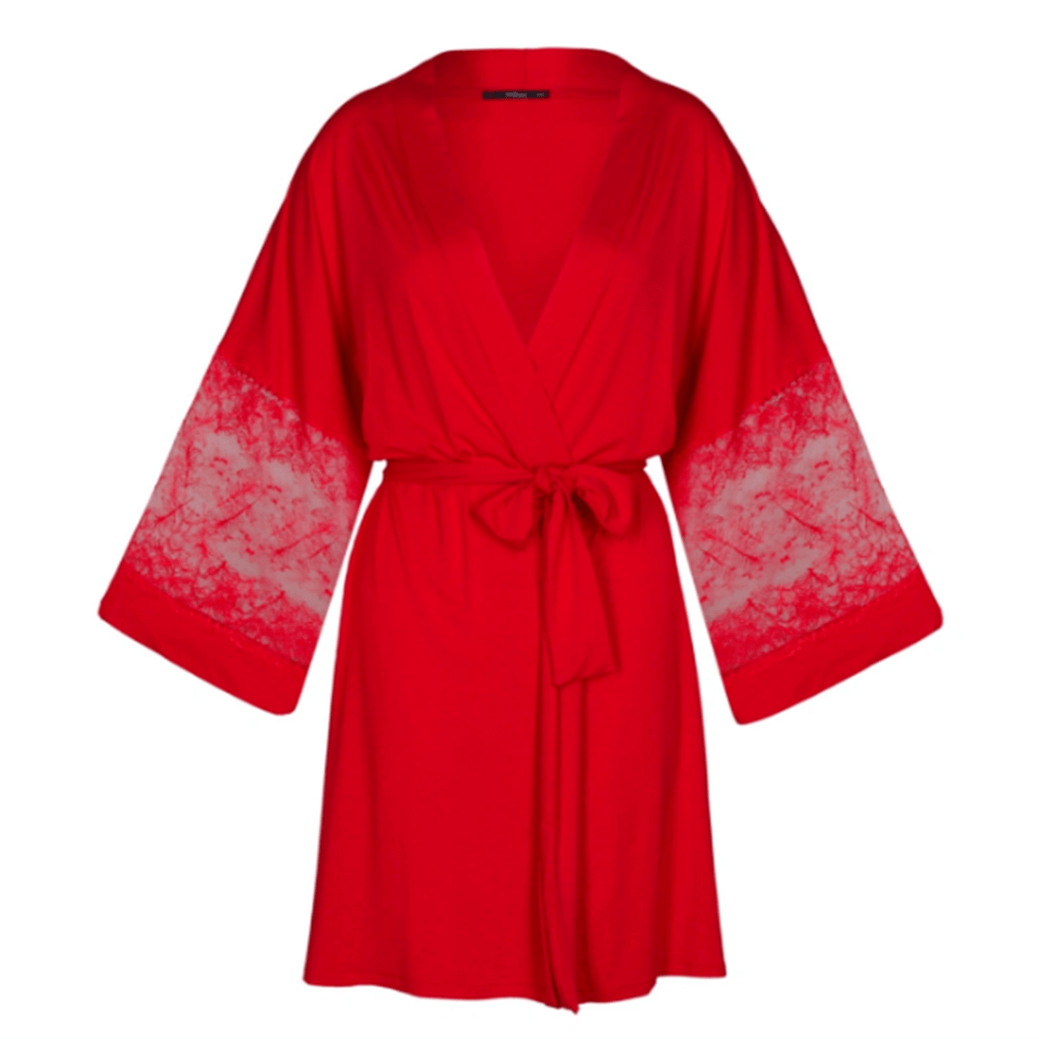 Bring a soft touch to your body. Wrap yourself up with comfortable but yet elegant dressing gown! Knee-length peignoir with subtle lace on the sleeves. Made of soft and breathable viscose with a dash of elastane which gives it more elasticity. The lace is elastic and delicate, won’t irritate even the most sensitive skin. 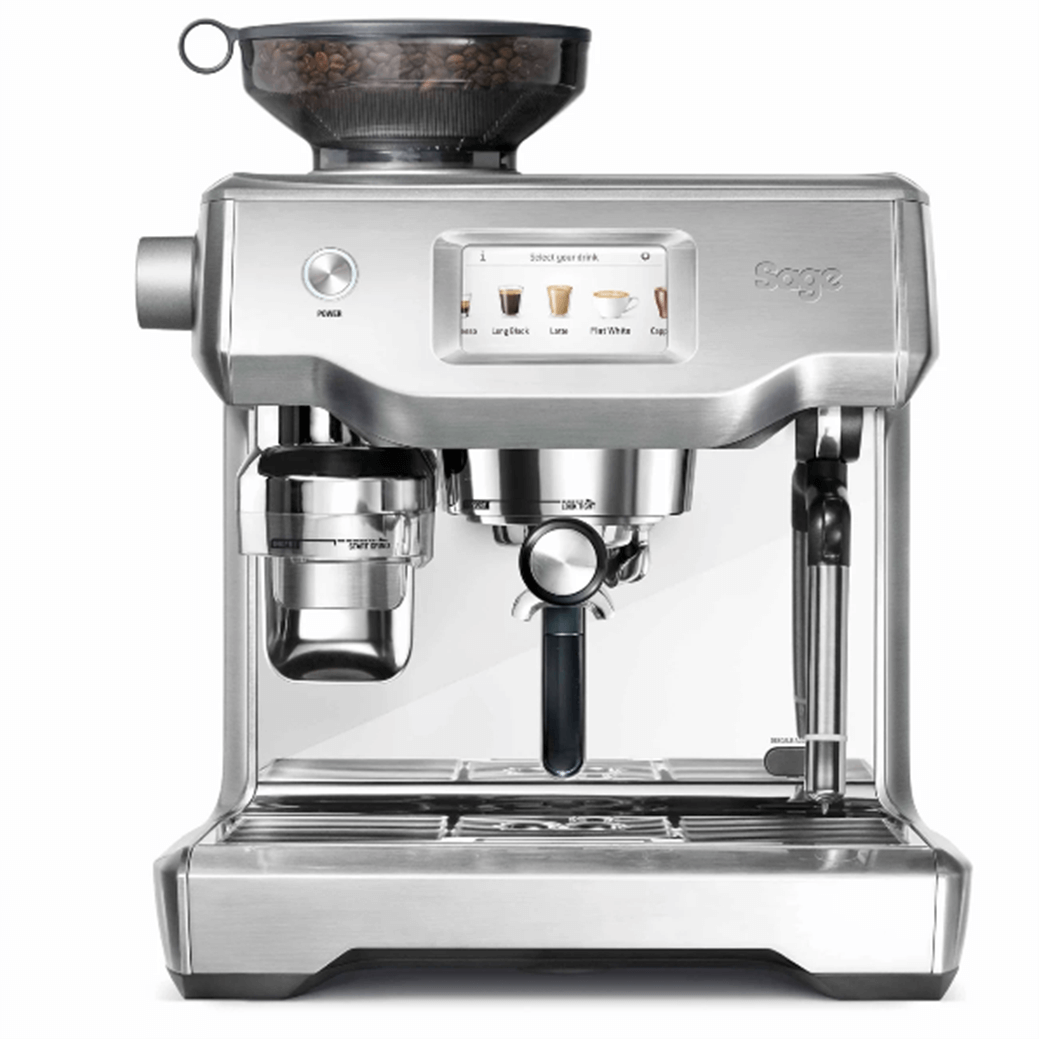 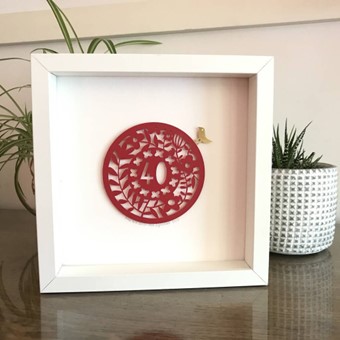 Image source: Not on the High Street

A personalised print is always a lovely way to celebrate your parents’ 40th wedding anniversary. This framed print from Not on the High Street can be personalised with the number of years they’ve been married, the date of their wedding day or even their initials. Adding that personal touch makes this ruby wedding gift for parents extra special.

A bottle of Ruby Tiger gin

Whether you need a ruby wedding card for mum and dad, or a romantic wedding anniversary card for your wife or husband, you’ll find hundreds of sweet, silly, funny and tasteful cards right here at thortful. And for more gift ideas – plus suggestions of what to write in the card – check out the rest of the thortful blog.