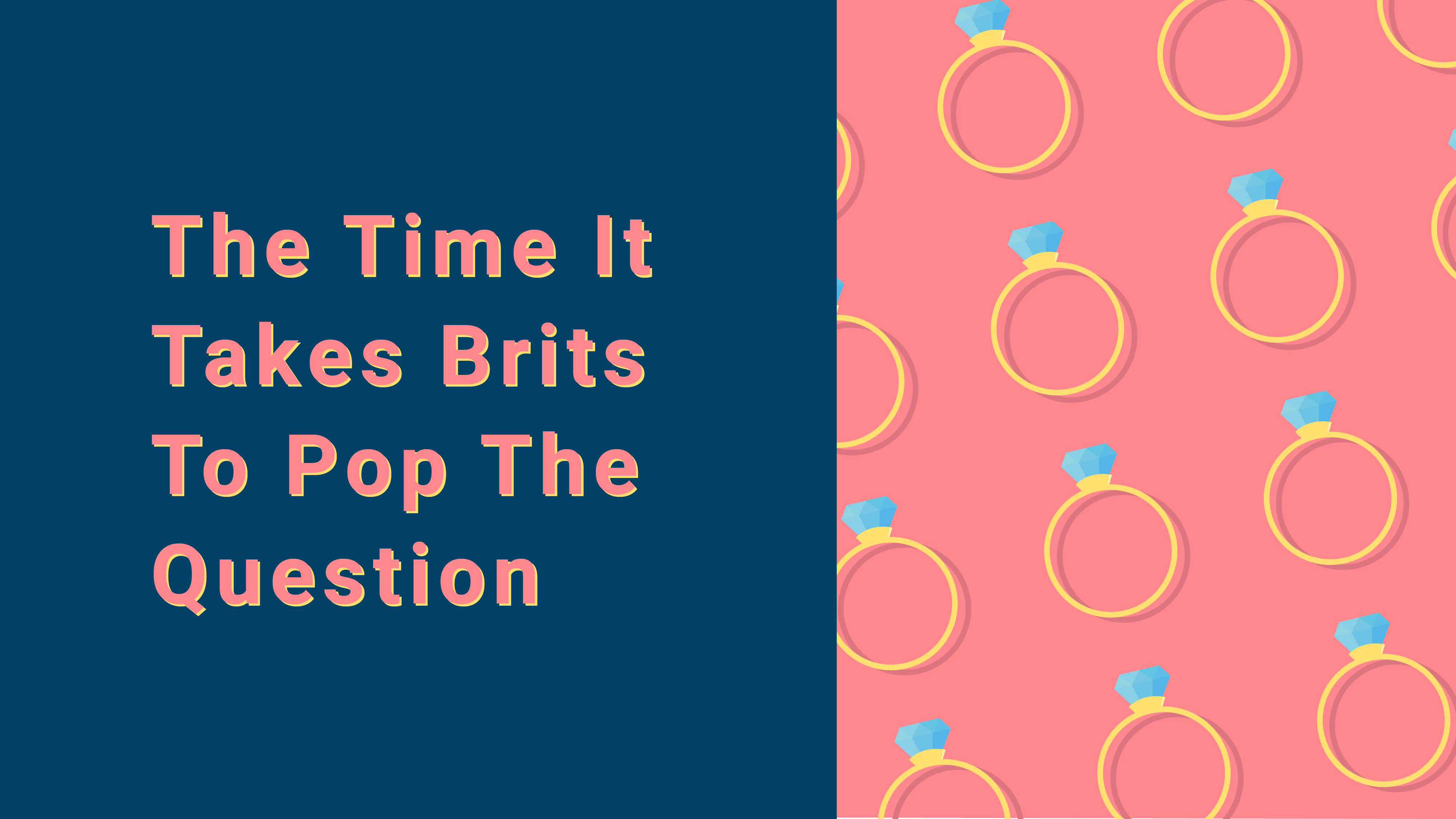 How long does it take Brits to pop the question?

Are we growing impatient as a nation when it comes to proposals? How long does it really take for someone to get down on one knee and pop the question? Well, we wanted to find out just how long you might be waiting for a ring and reveal the nation’s true thoughts on everything to do with getting engaged.*

So, whether you’re still waiting, are recently engaged, or are already married, just carry on reading to see whether you agree with our findings or not. 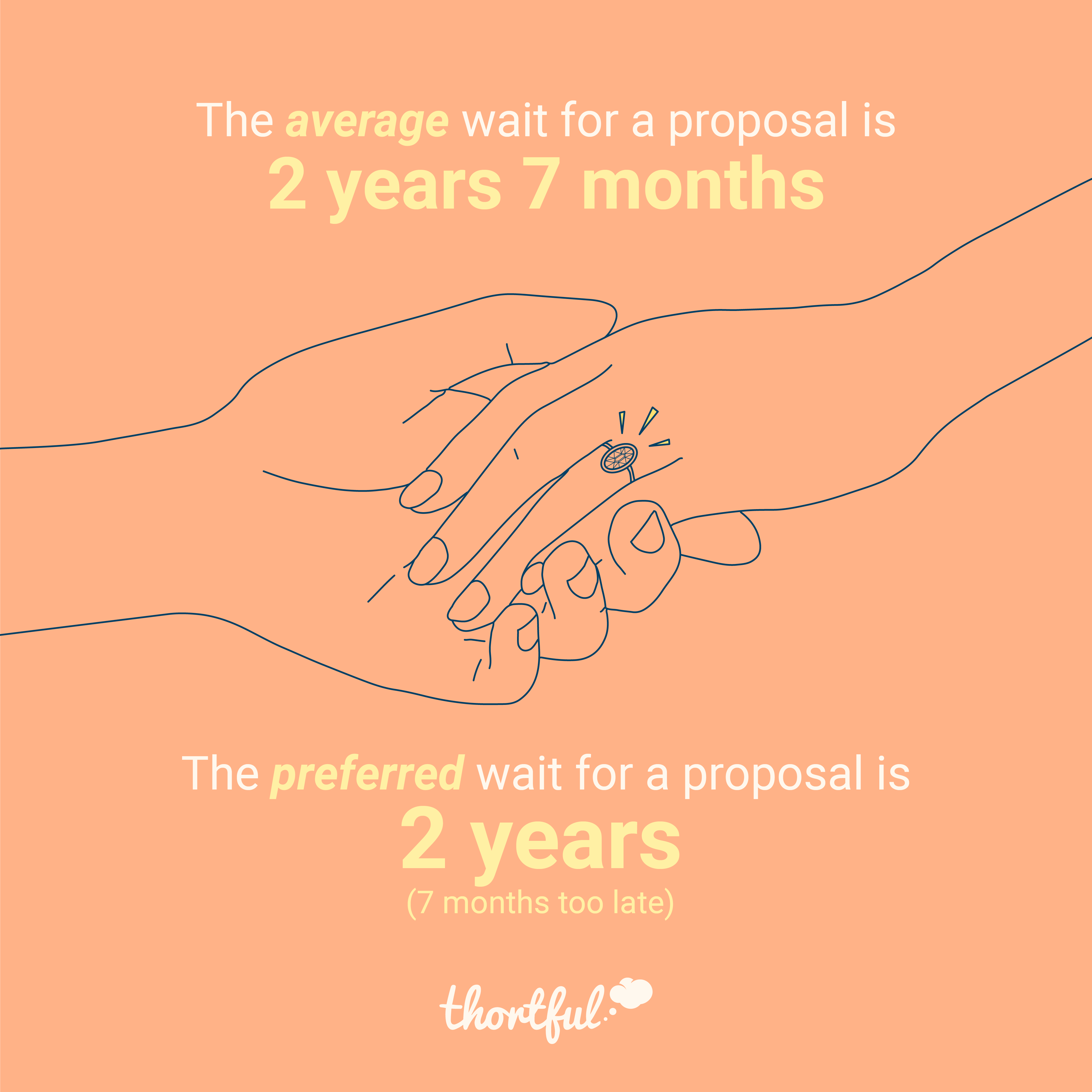 Look, you’ve been together for a little bit now – you’ve gone through the steps of meeting the parents and friends, going on holiday together, and having your first heated argument, so what’s next? If you’re wondering when your big moment might arrive, it turns out the average wait for a proposal is 2 years and 7 months. But what about if you’ve been waiting longer than that?

We asked at what point would people call time on a relationship if they’re still not engaged and apparently 5 years is when Brits would look to end a relationship without a ring on their finger. To avoid this happening, it turns out that over one in 10 even go so far as to tell their partner when they want to get engaged so there’s no excuse for anything getting lost in translation.

So, now we know a bit more about the timeline from relationship to engagement, just what sort of serious steps are couples taking during this time? According to our research, prior to their engagement, 46% have open discussions about each other’s finances with over a quarter of couples opening a joint bank account, and while 68% live together, 22% take the plunge and actually buy a house together. 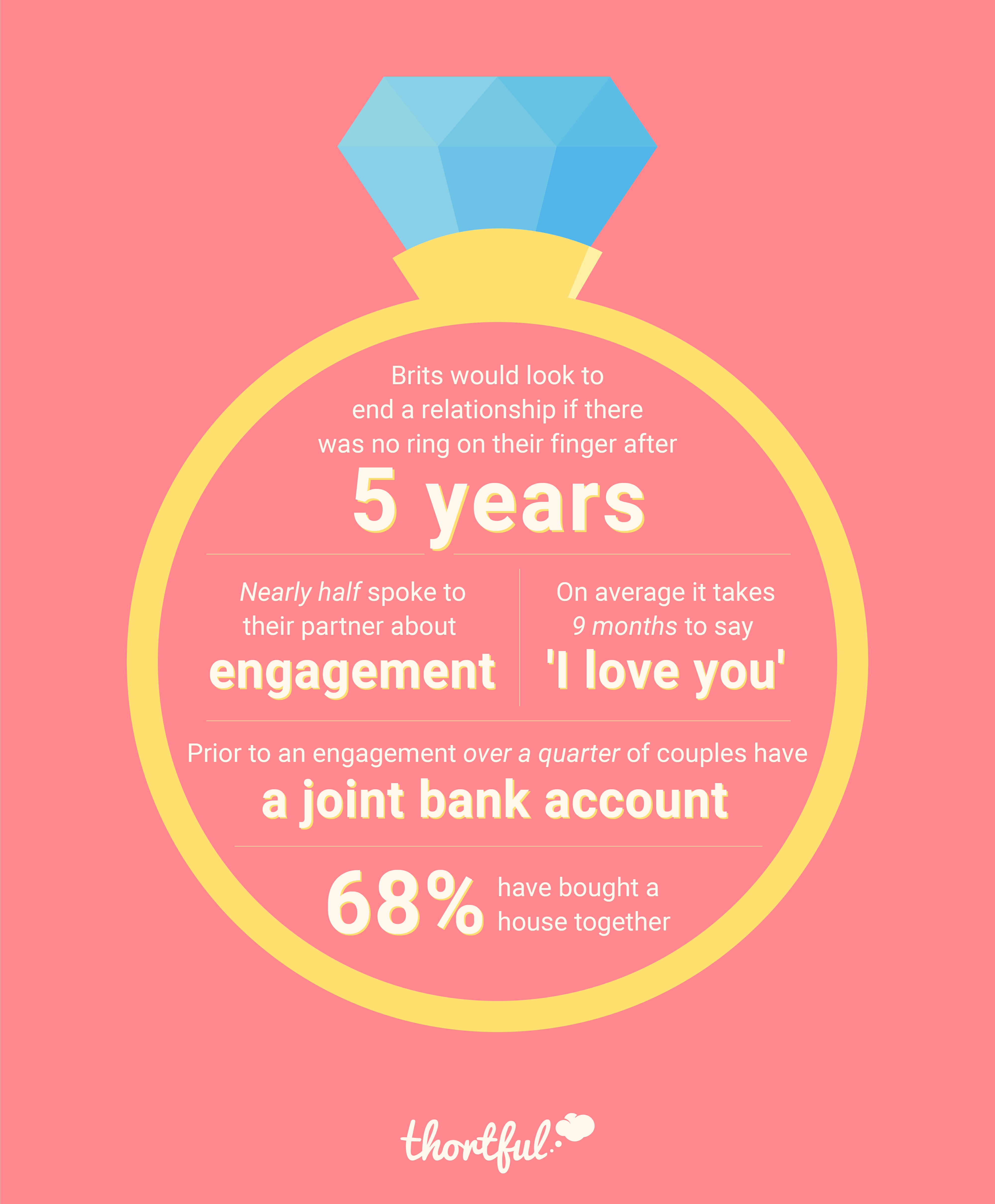 So, what do men and women actually think…

Once a relationship gets serious, you might think it’s time to sit down and have the chat about where you see things going. According to our findings, men are found to take a bit longer to say ‘I love you’, waiting a whole year compared to women who took only 8 months to confess their feelings. Similarly, women think the average relationship stage should last exactly 2 years before getting engaged, men would prefer to wait a little longer at 2 years and 2 months.

It appears that the girls really aren’t prepared to sit around and wait either and make their intentions quite clear with half speaking openly to their partners about wanting to get engaged while men kept things a bit closer to their chest with only just over a third doing so.

Right, we can see that the guys might take a little bit longer in some ways but what about when it finally gets around to the big moment itself? 15% of men found getting engaged a nerve-wracking experience, and who can blame them. Of course, it’s not always the men who pop the question though and the women seem to be slightly more confident with only 10% saying they found it nerve-wracking getting engaged.

Picking out the perfect ring, deciding when and where to do it, keeping it all a secret from your partner, and last but not least plucking up the courage to ask, that’s definitely overwhelming. (A huge round of applause for the brave guys and girls, please and thank you.)

Getting engaged is a massive decision and even if you’re certain you want to spend the rest of your life with someone you can still feel the pressure. While 8% of men said they felt pressured to get engaged from friends and family it might be a relief to hear that the women share this sentiment with 7% feeling the same. Of course, the opinions of those around you or societal norms shouldn’t dictate your actions and we’re pretty sure that (most) men and women wouldn’t go through it all if they didn’t truly want to see marriage in their future. 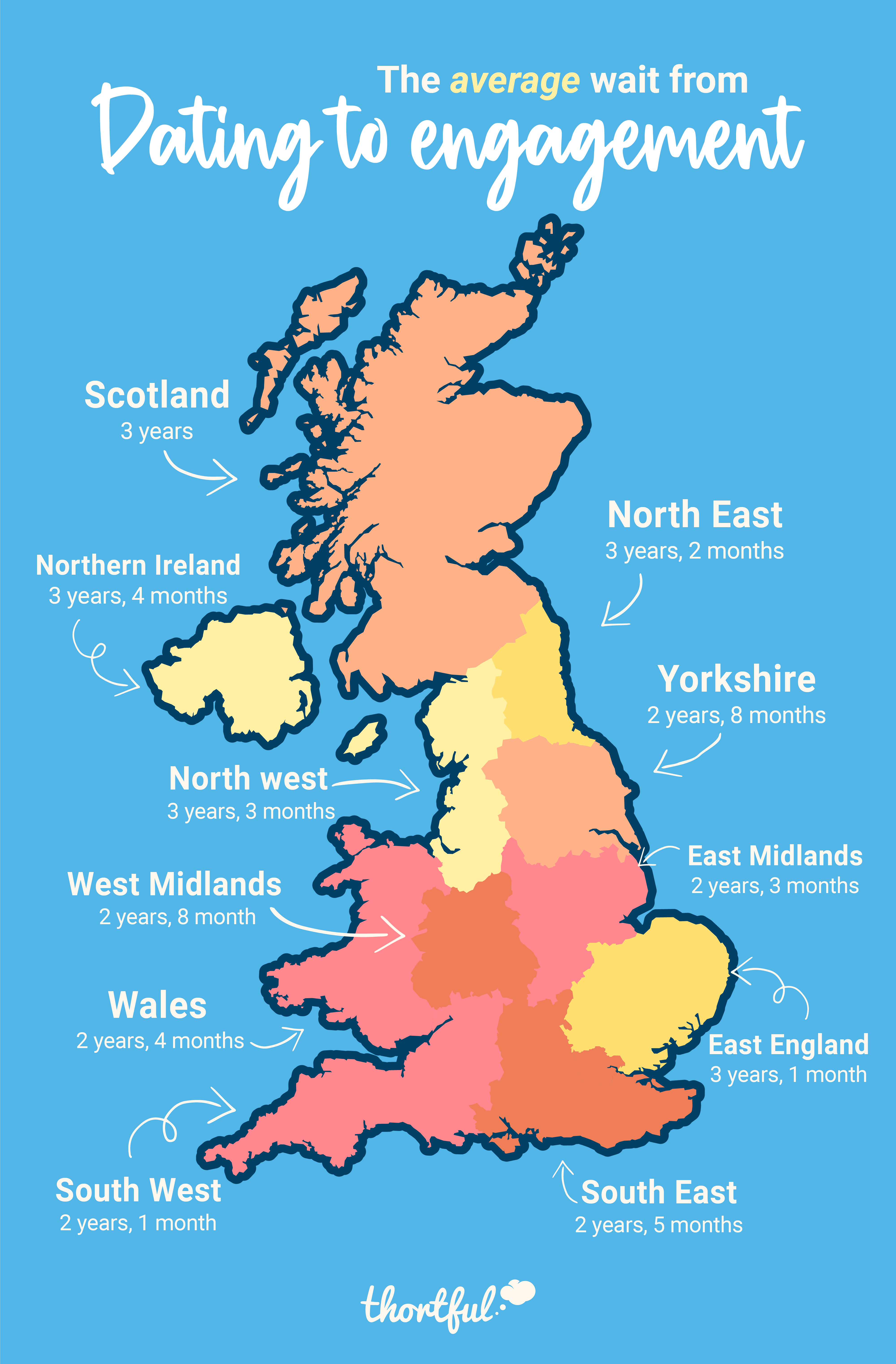 Which places in the UK have the longest to wait?

Okay, so while the average wait for a proposal might be just over 2 and a half years you might be wondering whether this varies by city and if so by how much. Here are the top five UK regions waiting the longest to pop the question once they’re in a relationship:

Perhaps you’ve got a close friend or family member who’s recently engaged? Congratulate them with one of our engagement cards or if it’s almost their big day then we have a whole bunch of lovely wedding cards too.

We’ve got all sorts of fun reads like this one over on the thortful blog as well as many guides to help you get prepared to walk down the aisle including how to plan the perfect engagement party and your essential wedding planning checklist.