We’re only ever so slightly embarrassed to admit that we love TikTok here at thortful. So imagine the scrolling, tapping, and annoying colleagues by turning our phone speakers up, when we discovered that a video clip of our CEO was going viral.

The CEO in question is a nice and clever man named Andy Pearce (he does pay us, but not specifically to call him nice and clever), and the video is a clip from his appearance a few years ago on the BBC’s Dragons Den. What business was he pitching to the Dragons, in the hope of investment? Why, a great little online greetings card marketplace named thortful!

We’re not so little anymore, but we’re still proud of his pitch on the show. And it turns out that quite a few TikTokkers were impressed too, as the video, eventually posted onto multiple accounts, racked up millions of views.

So we thought we’d present the full pitch to you, featuring the shock twist reveal that this, indeed, was not Andy’s first rodeo, but also a very nervous CEO.

Needless to say, our social media team were very excited at the prospect of getting Andy to reply to a few comments, commentate on the video, reenact the pitch, take part in hilarious sketches and so on. Sadly when it happened, he was on holiday.

But we were able to post a photo of the massive entrepreneur himself, bedecked in an appropriate t-shirt. Ignore the gin. 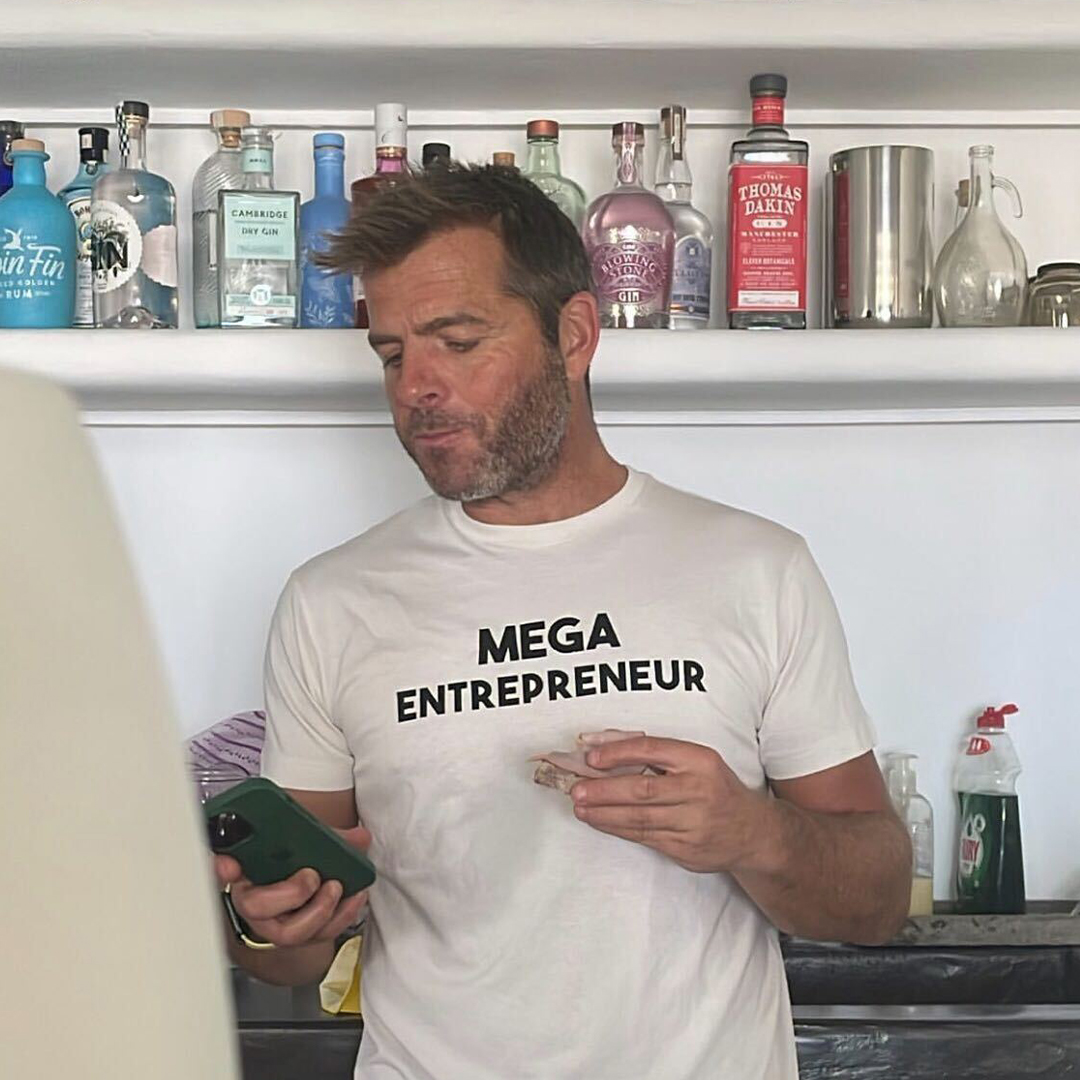